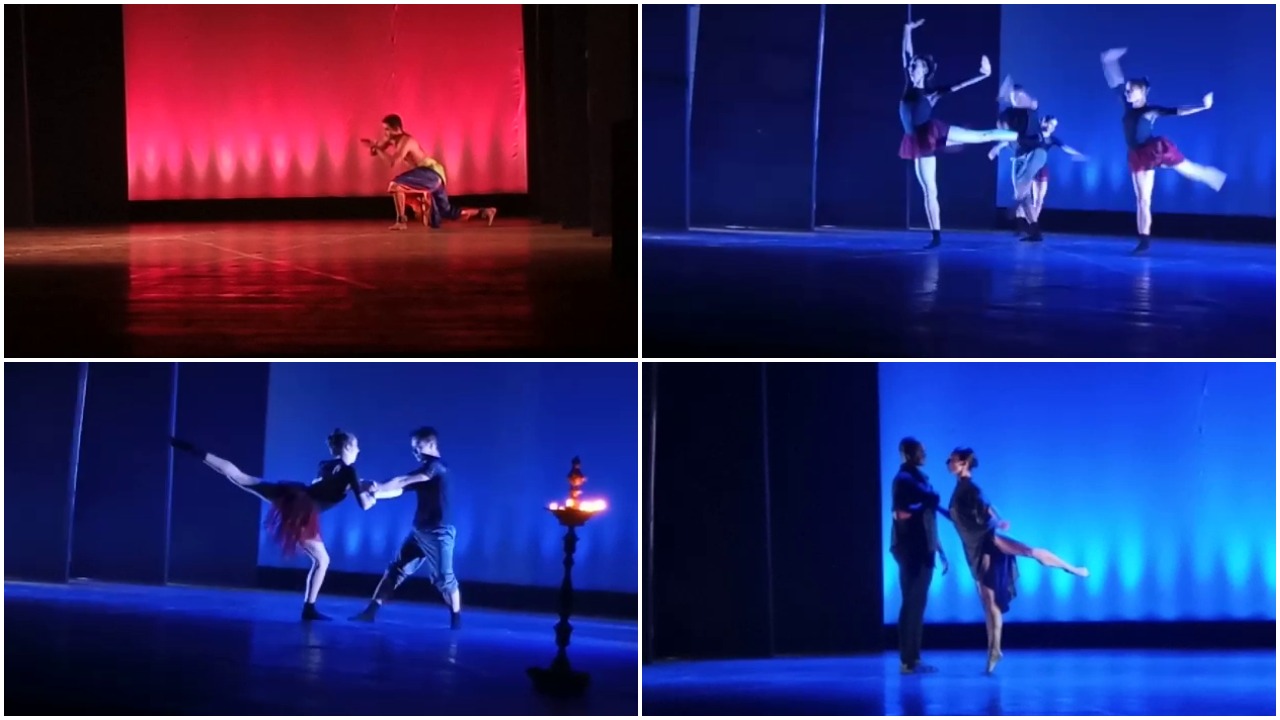 Five dancers from America one from India perform on stage

MSU Department of Dance organized concert by famous Battery Dance Company from New York in Vadodara on the first day of 2020 at C.C. Mehta Auditorium. The performance 'Shakti: A return to the Source' was by internationally acclaimed choreographer Jonathan Hollander and his troupe.

Jonathan Hollander is a known personality in the field of dance beginning with his founding of Battery Dance in Lower Manhattan in 1976 at a time when the area was devoid of culture. Six years later he founded the Battery Dance Festival which is now New York City’s longest running public dance festival.

Battery Dance Company is considered a pioneer in expanding New York's arts scene to lower Manhattan. In addition to offering dance classes, the Battery Dance Studio has been the site of salon events featuring many notable Indian artists. Hollander spent three months in India as a Fulbright Lecturer on Dance in 1992, during which time he deepened his connections to the Indian dance community. He taught workshops at the Darpana and Kadamb Institutions in Ahmedabad, M.S. University in Baroda, Nalanda Dance Institute and NCPA in Mumbai and his company undertook a six-city tour of India. The following year he organized the American debut and tour of the Jhaveri Sisters renowned exponents of Manipuri Dance.

Five dancers from America and one from India will perform on stage building the bridge between Contemporary and Indian dance forms.

Department of Dance got established in 1950. The department was fortunate to have the legendary Gurus llke Mohan Khokhar, Kubernath Tanjorkar, Pandit Sunderlal Gangani, Smt. Anjali Merh and Prof C.V Chandrashekhar. It is worth mentioning that Jonathan Hollander and his Battery Dance Company performed in 1993 in this department during the tenure of Prof. C.V Chandrashekhar and today Prof. Jagdish Gangani, Head of Department of Dance has bridge the gap of 28 years by Inviting Jonathan Hollander and his Battery Dance Company once again In the department. This has definitely added one more feather In the department's glory.

The program was held on 1st January 2020 at Prof. C.C.Mehta auditorium. The department has also organised workshop of modern dance on 2nd January 2020 for the students at Concert Hall, Faculty of Performing Arts.