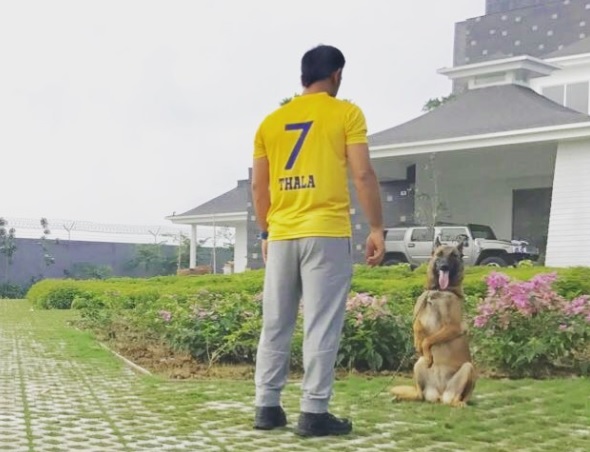 Former Indian captain Mahendra Singh Dhoni is spending time at his new home these days. Back from the series against West Indies, the former India team captain reached Ranchi late Wednesday evening. Now he will heading to Srilanka to play ODI series against the hosts.

Dhoni shared a photo on his Instagram account on Saturday, in which he is training  his dog at home. This is the same Similiya Farm House in Ranchi in which Dhoni’s family shifted during the last Akshaya Tritiya.

In the photo Dhoni  is seen in a yellow T-shirt of Chennai Super Kings. Having his  favorite number-7. And ‘Thala’ is written below it. Actually, Thala means “Leader”.

The name was given to them by the Chennai audience. For the first time during the IPL-2013, Dhoni was called by the Fans of Chennai named Thala.