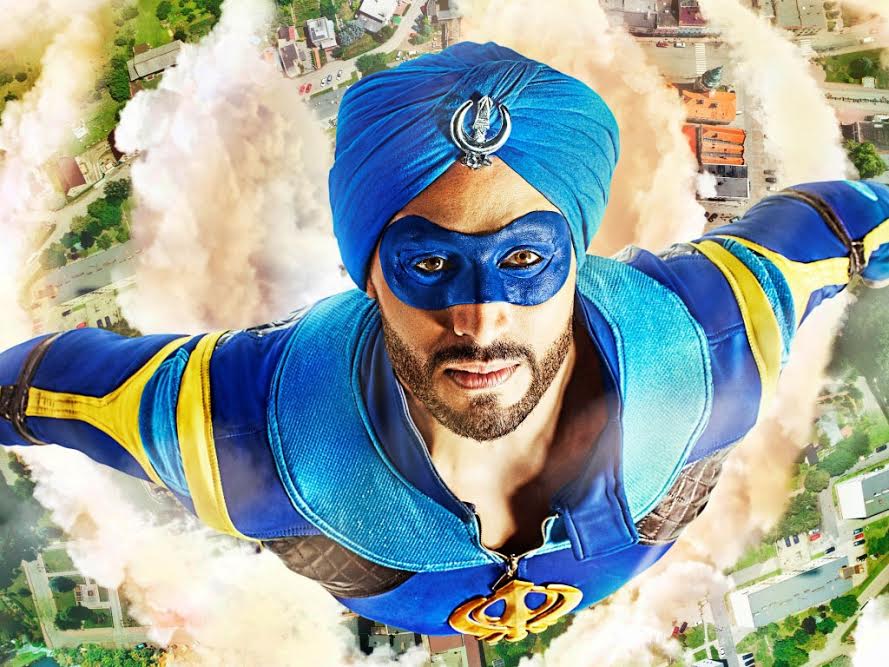 Aman (Tiger Shroff) a martial arts teacher who fails to impress his tiny students even with his abs and chiseled physique, leads a much monotonous life. Being the son of a late Sikh warrior but afraid of height, let alone fights, Aman’s mother (Amrita Singh) always tries to find a brave heart in her son.

However, the holy tree eventually fulfils the mother’s dream. Aman fears heights, dogs and industrialist Malhotra (Kay kay menon) who sends merciless Raka (Nathan Jones) to grab Aman’s land – but what happens when Aman discovers his own superhuman powers? Can he defeat Raka – and the power behind him?

Tiger Shroff manages to carry off the film with a fine display of his skills, and A Flying Jatt is proof of his growing stature as an actor. Jacqueline Fernandez looks pretty and manages to do well with it, but hers is quite a small role and in fact, she gets less screen time than even Amrita Singh!  Nathan Jones as Raka is a fearsome villain. He has performed well in a strange place and has established himself with his standout portrayal. Shraddha Kapoor has a cameo role and excels in it.

As far as songs are concerned, ‘Beat Pe Booty’ is catchy but nothing more than that is passable. The film’s background score (Sachin-Jigar) is adequate and follows and faithfully renders the on-screen action and even highlights it. Remo D’Souza has done well with the film’s choreography and it is worth noticing these great inputs and all of these add to the film’s narrative.