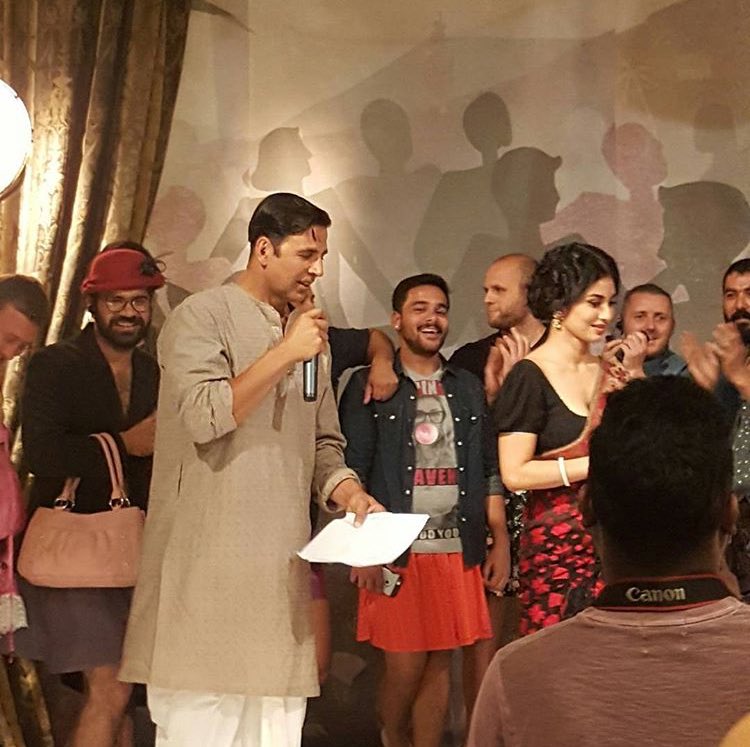 Actress Mouni Roy, well known name in the the TV industry and considered to be the top most actress is now ready to make her big screen debut. Mouni Roy is soon going to debut in a Bollywood movie with Akshay Kumar’s in upcoming film ‘Gold’.

The shooting of this film has already started. Akshay’s Fan Club has clicked photographs on the set of the movie and shared Mouni and Akshay’s pictures on Twitter.

Akshay Kumar is seen wearing dhoti-kurta and mouni is seen in the sari with different hair style in pictures. Looking at these pictures of Akshay and Mouni Roy, it seems that the backdrop of this film is Bengali. 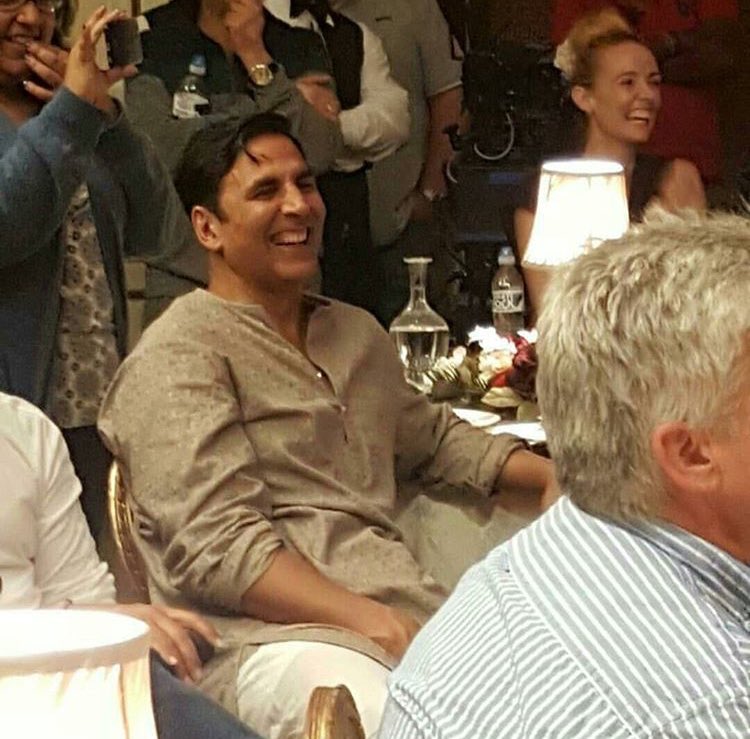 Its a big debut for Mouni Roy pairing opposite Akshay Kumar.  Earlier there was news about Salman khan is going to launch Mouni Roy in Bollywood. Recently, it is said that Salman Khan had suggested the name of Mouni for Akshay Kumar’s film.

Mouni Roy met Salman Khan during Big Boss season 10. Now it is to be see that Mouni Roy, who has ruled the TRP through her show ‘Nagin’ in the TV will be able to mark her name in Bollywood too.