MoU Signed Between IR and ISRO Under Department of Space 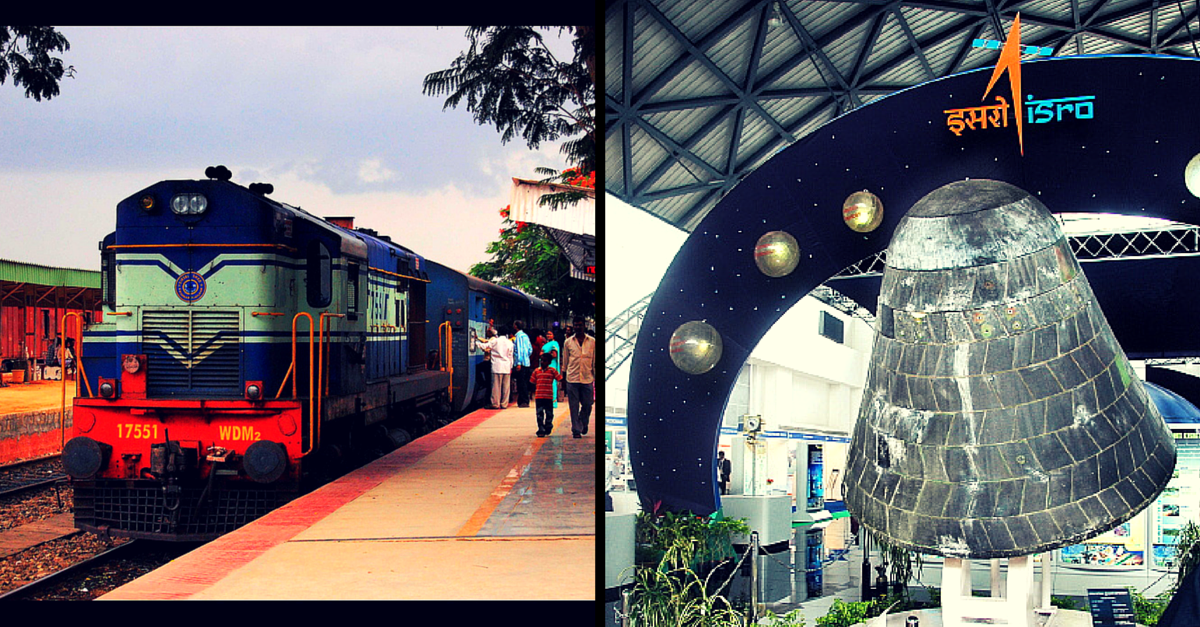 With a view to use best technologies in many areas of its operations for the benefit of its passengers, in the august presence of Union Minister of Railways, Suresh Prabhu, Union Minister of State for Development of North Eastern Region, MoS PMO, Personnel, Public Grievances, Pensions, Atomic Energy and Space, Dr Jitendra Singh and Union Minister of State for Railways Manoj Sinha, a Memorandum of Understanding regarding “Effective Use of Space Technology in Remote Sensing and Graphic Information System (GIS) based Governance Application for Indian Railways” was signed on 17th March, 2016.

The Union Minister for Railways, Shri Suresh Prabhakar Prabhu witnessing the signing ceremony of MoU between the Ministry of Railways and Indian Space Research Organization (ISRO) for Effective Use of Space Technology in Remote Sensing and Graphic Information System (GIS) based Governance Application for Indian Railways, in New Delhi on March 17, 2016.
The Minister of State for Development of North Eastern Region (I/C), Prime Ministers Office, Personnel, Public Grievances & Pensions, Department of Atomic Energy, Department of Space, Dr. Jitendra Singh, the Minister of State for Railways, Shri Manoj Sinha, the Chairman, Railway Board, Shri A.K. Mital and other dignitaries are also seen.

The MoU was signed in the context of Railway Minister’s special mention in his Budget Announcement regarding geospatial and enhanced use of Space technology in various sectors of governance. The MoU aims for developing applications in the field of Remote sensing and Geographic Information System (GIS) for remote sensing at unmanned railway crossing including , all geospatial solutions and customized software solutions for providing reliable, efficient & optimal solutions to Railways in it various areas of operation thereby benefiting the rail user.

On this occasion, Minister of Railways Suresh Prabhakar Prabhu said that the signing of this MoU with the ISRO is of a great importance which will solve all the day to day problems of Indian Railways by using best technology provided by the ISRO. He said that Railways core activity is to run trains thus Railways has to become partner with the great organizations like ISRO for its important activities.

In his speech, Dr Jitendra Singh signing of today’s MoU is a breakthrough for the ISRO, Department of Space to extend technological help to the Indian Railways. He said that it is a common misperception that ISRO works only in the field of Satellite and Space etc. He said that ISRO can even find out suspicious activities on the Railways Stations. Thus, ISRO services can not only be taken in disaster management but also can be taken in normal course. He said that its technology is cost-effective as well as accurate. He hoped better coordination and fruitful result with this MoU.

Further, Minister of State for Railways said that this is a historic day for the Indian Railways to be partner with ISRO. He said that Indian Railways is committed to provide best passenger services by using the best technology and for this purpose partnering with the different organization is most important. He said that Railways is deeply concerned to find solution of late running of trains due to fog and advised ISRO to find some solution.