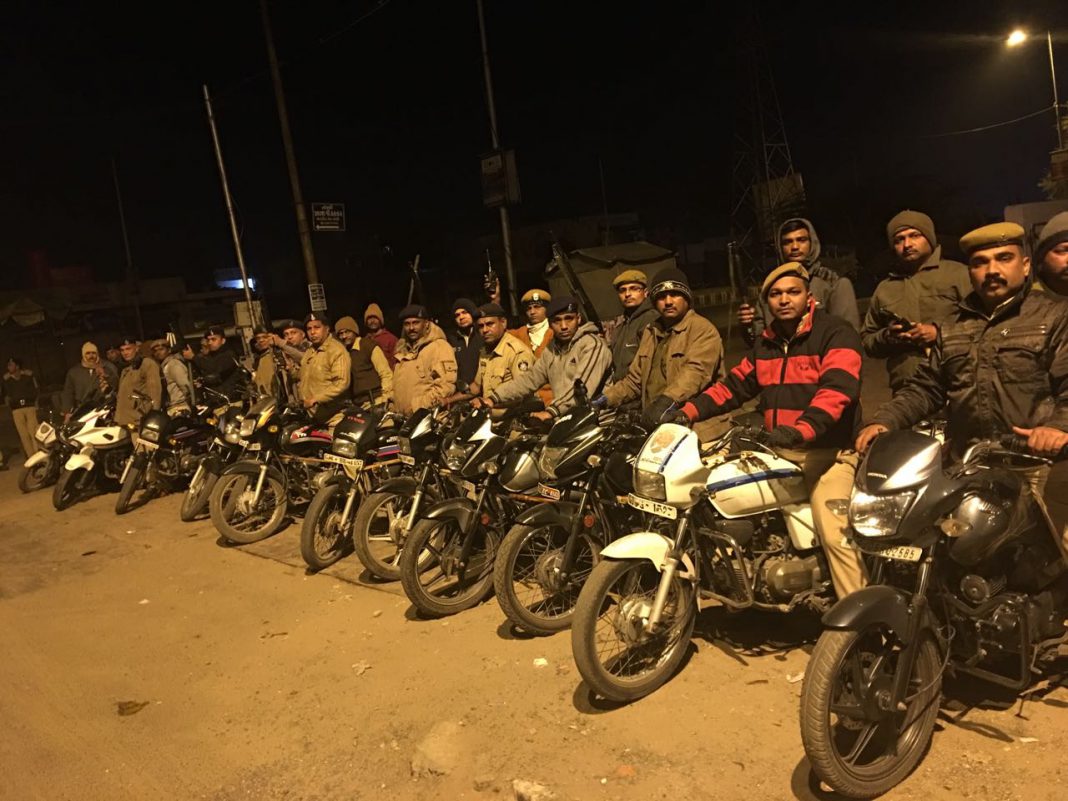 A new initiative by the Vadodara police Commissioner Manoj Shashidhar a ‘Motorcycle Route Patrolling’ is started for night round in various areas of Vadodara city. The Motorcycle Patrolling will watch the route divided as per the police station specially in the night. Routes are divided into 2, 3 and four in numbers where the assigned motorcycle patrolling team kept a watch in the night. The supervision officer on night round kept a watch and check the places near police stations. Police claimed that after the introduction of Motorcycle Route Night Patrolling and the presence of policemen in the night has a impact on the safety of the residents. They said that the house breaking incidents are also came down after the Night Patrolling Team kept a watch all along the route. For strict implementation the whole monitoring of the motorcycle route patrolling team and the checking by the supervision officer is conducted from the police control room.