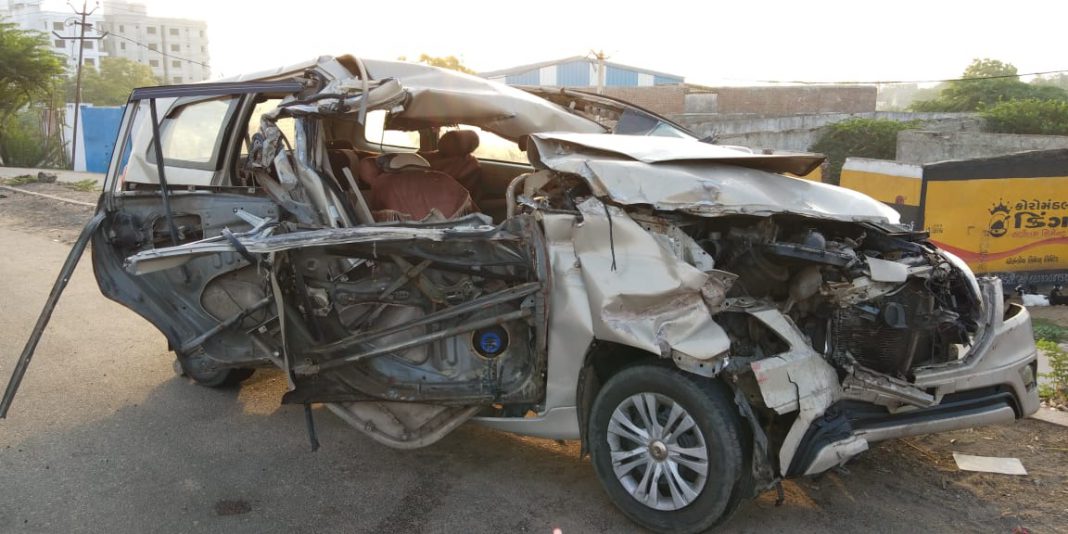 Mother son died in a freak accident on NH 8 near Kapurai bridge early morning on Friday. The accident happened after their car collided with a trailer when they are returning from a marriage function. The injured including two children were shifted to hospital.

As per the details originally from Surat living in Somnath Nagar in Bardoli the Tushar Mistry went to a marriage function in Jamnagar along with his wife Priyanka,  seven year old son, brother in law Umesh Mistry his wife Nimisha and daughter, second brother in law Mahesh Mistry and mother in law Ranjan Mistry.

While returning back their car collided with a trailer near Kapurai crossroads early morning on Friday. The impact was such their car turned turtle after the collision resulting in death of Umesh Mistry who was driving and his mother Ranjan Mistry. While six other injured including two children were shifted to Sayaji hospital for treatment.

The family members said they were dozing off when the car collided with the trailer with a huge thud.  Meanwhile the local reached the spot and rescued the injured from the wreckage and shifted them to the hospital. The incident shocked the family as the happiness turned into sorrow in a matter of time.