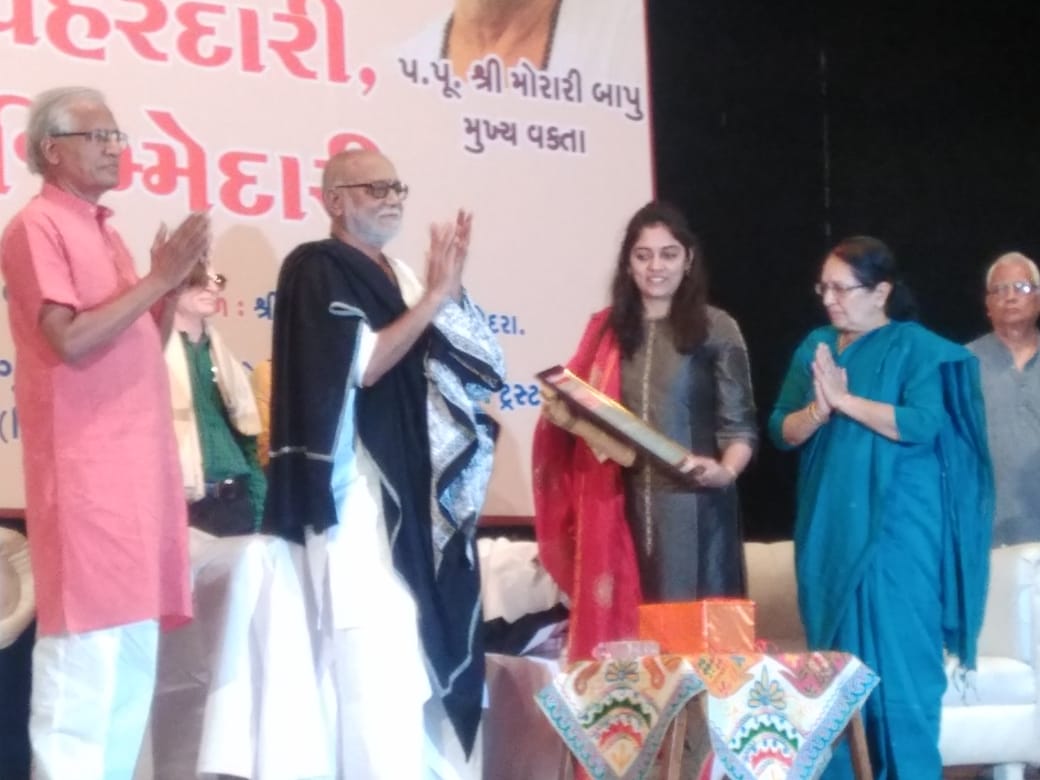 Said now is the time to give befitting reply to terrorists.

Saint Morari Bapu in Vadodara said now is the time to give a befitting reply to the terrorists in view of the feelings of 130 crores people of the country. He condemn the cowardly act of terrorism in Pulwama and observed two minutes silence for the CRPF martyrs.

Vadodara celebrates 127th birth anniversary of freedom fighter and father of Mahagujarat Indulal Yagnik fondly known as Indu Chacha on Friday. Saint Morari Bapu attends the programme and condemn the cowardly act of terrorism in Pulwama. He said the Pulwama incident is condemnable from every aspect and now is the time to give a befitting reply to the terrorists. He said 40 jawans closed their eyes in the attack but 130 crore people of the country are now aware and the government shall take care of their feelings.

Bapu says earlier leaders like Mahatma Gandhi, Indu Chacha, Sardar Vallabhbhai Patel held their heads high but their feet are always on ground. However the leaders of today need to put their feet on the ground to come near to such leaders and also work closely with the people from far end.

Indulal Yagnik Trust, Sardar Bhavan Trust and Jan Jagruti Abhiyan jointly organise the 127th birth anniversary of Indu Chacha in Sayajinagar Gruh. The celebrations was started with two minute silence for the CRPF martyrs. Morari Bapu mentioned three chachas Nehru Chacha, Indu Chacha and his own Bhikha Chacha and said to be remember them since childhood.

He further said Indu Chacha was a dynamic personality and still remembered by the people in 21st century. He was very humble but his works are of top quality and always thinks about happiness to everyone.