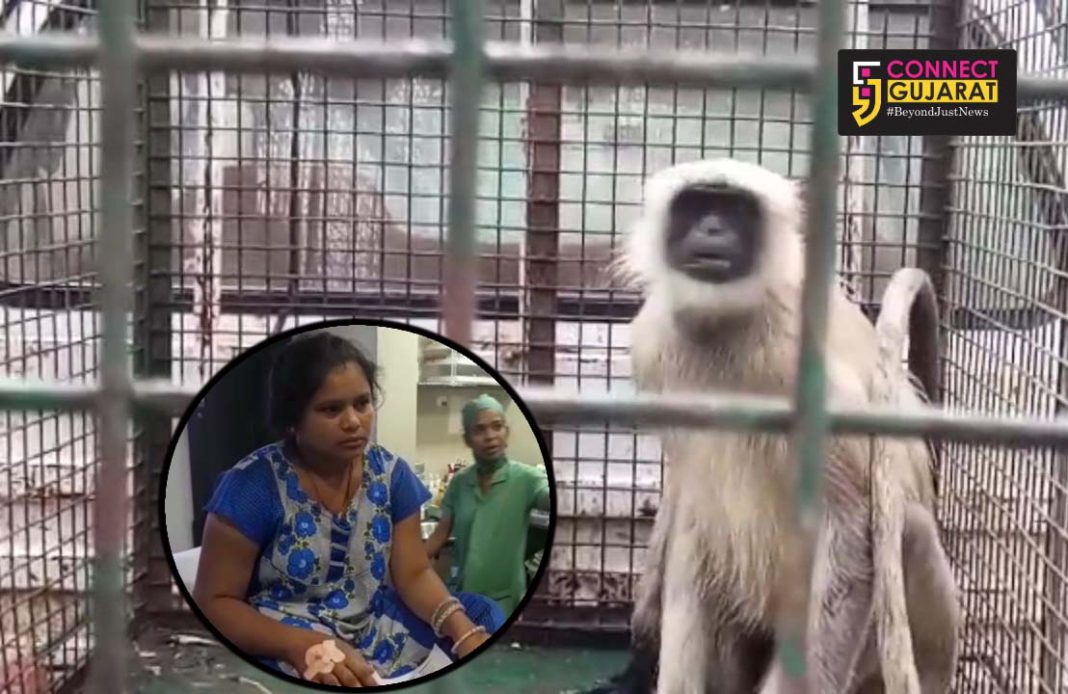 Finally the monkey who creates terror in Atladara village and adjoining areas was trapped by the forest department on Saturday. The monkey attacked many peoples in the area in the last couple of days and the villagers are forced to carry a stick along with to save themselves.

The monkey was said to be create terror inside the Atladara village and nearby areas of Vadodara city and attacked people. As per the sources he attacked around 20 to 25 people and all of them were taken to private hospitals for first aid.

With such a aggressive monkey roaming inside their village the people are taking precautionary steps and carrying sticks with them. The whole village was in terror due to the monkey and called the forest department which laid a trap and put a cage inside the village and successfully captured. The villagers now has a sigh of relief after the dangerous monkey was caged.