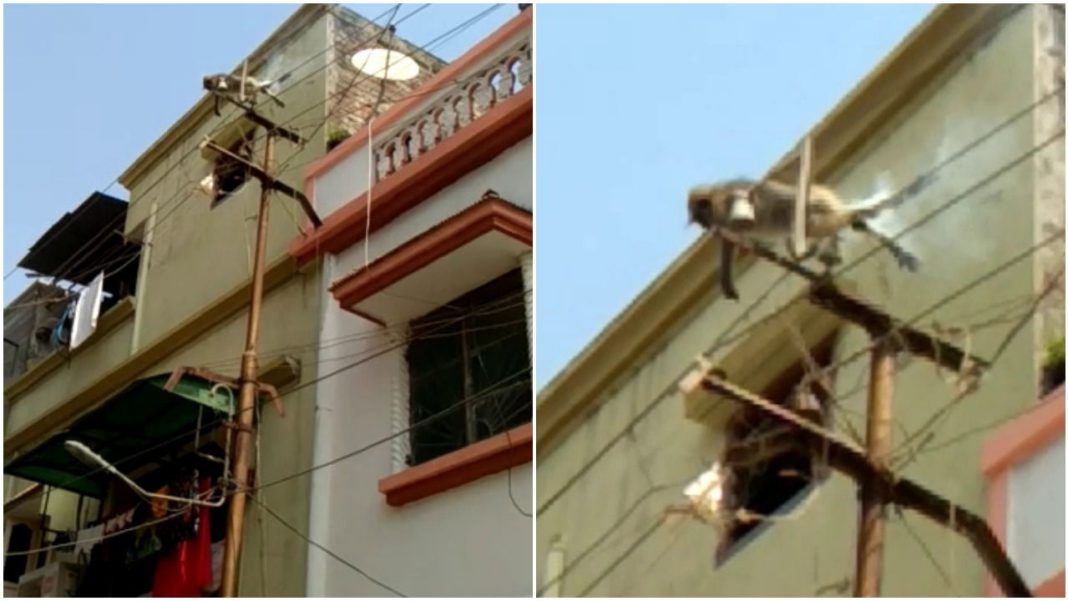 Electrocuted after the wires joined resulting in short circuit

A monkey died in a shocking incident after he fell on the electric wires while jumping from one terrace to another. The monkey was electrocuted after the wires joined and resulting in short circuit.

The incident happens at Vihar Krupa Society near Abhilasha crossing in Vadodara where a monkey was electrocuted after fell on electric wires. The monkey was trying to jump to another terrace and feel on the electric pole resulting in short circuit.

The residents rushed to the spot after the sound and tried to save the monkey but failed. The locals then contact the GEB and they reached the spot to cut the supply before any other incident.