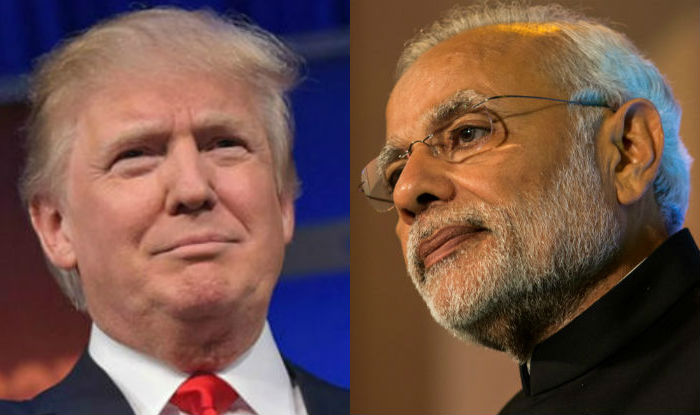 Prime Minister Narendra Modi and US President Donald Trump discussed the security situation in South and Central Asia during their phone conversation on Tuesday night and resolved that India and US will “stand shoulder to shoulder” to fight global terrorism, the White House said.

Strengthening defence partnership was among topics that came up during their talks about furthering cooperation between the two nations, according to the White House.

“Trump emphasised that the United States considers India a true friend and partner in addressing challenges around the world,” the White House said.

This was reflected in the fact that conversation between the leaders of the world’s two greatest democracies came before Trump had talked to leaders of important allies like Britain, Germany and Japan or major powers like China and Russia since formally taking office last Friday.

During his campaign, Trump praised Modi as a “great leader” and sought a kinship of ideas with him as a “pro-growth leader” when he attended a rally organised by the Republican Hindu Coalition (RHC) in New Jersey in October. He added that after his election India would have true friend in the White House.

White House said that Trump invited Modi to visit him later this year.

President Pranab Mukherjee invited Trump to visit India when he congratulated him on assuming the presidency. The real estate investor-turned-politician has visited India several times for business.

Another topic Trump and Modi discussed was strengthening the partnership in the economy, but the statement did not give any details of what they might have discussed.

Modi and Trump have parallel priorities of job creation, especially through manufacturing, and increasing investments which may appear headed for a collision.

Earlier in the day, Trump met with auto industry leaders to to promote his programme of “Make in America” and on Monday, he met union and industry leaders and emphasised his campaign mantra of “Buy American, Hire American”.

Shalabh Kumar, the founder and head of the Republican Hindu Coalition who is close to both leaders, told IANS that trade need not be a zero sum game and both nations can mutually benefit from their respective “Make in India” and “Make in America” domestic manufacturing programmes.

As an example, he said that while the US increases manufactured exports to India in defence, technology and energy sectors, India will have an opportunity to take advantage of Trump’s move away from China and increase its own manufactured exports in a balanced manner. This would help create jobs in both countries and enable both leaders to achieve their priorities, he added.

Trump has also spoken about limiting the use of temporary professional visas known as H1-B, which he has repeatedly said is abused and is used throw Americans out of jobs.

That is a matter of great concern for India as the visas are the lifeblood of technology sector exports to the US.

Tuesday was a special day to hold their conversation. Nikki Haley became the first Indian American to get a cabinet-level appointment when the Senate approved on that day Trump’s nomination of her to be the US ambassador to the United Nations.

On Monday, Trump appointed Ajit Pai to be the chairman of the Federal Communications Commission, the powerful agency that regulates mobile phones and the spectrum, telephones, radio, television and cable.

A third senior administration appointee of Trump is Seema Verma, who will be in charge of the government healthcare programmes and have a key role in reforming President Barack Obama’s health insurance plan.

Before the call with Modi, Trump had spoken only with the neighbours, Canadian Prime Minister Justin Trudeau and Mexican President Pena Nieto, with premier ally Israeli Prime Minister Benjamin Netanyahu, and Egyptian President Abdel Fattah el-Sisi, who will have a major role in helping Trump deal with the Middle East and with terrorism.