Modi to inaugurate longest tunnel of the country 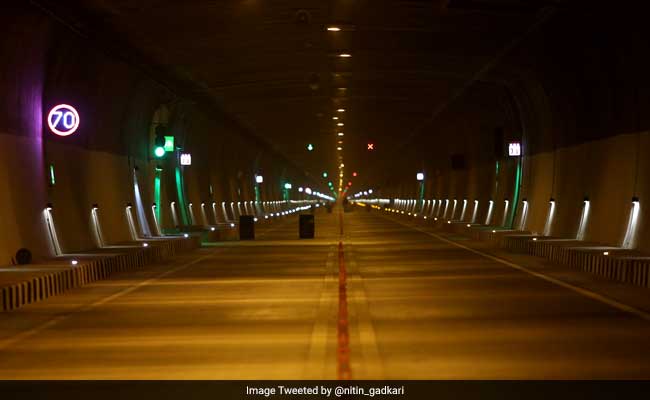 PM Narendra Modi to inaugurate the Nashri-Chenani tunnel the longest in the country on the Jammu –Srinagar national highway.

Modi will be accompanied by Road Transport and Highways and Shipping Minister Nitin Gadkari and Minister of State for PMO and MP from Kathua-Udhampur constituency, Jitendra Singh. Restrictions have been imposed on the movement of traffic on the Jammu Srinagar highway due to security concerns.

Modi is also scheduled to address a rally in Udhampur. The 9.2 km long Nashri-Chenani tunnel built at a cost of over 2,500 crore is the longest tunnel in the country.

Situated at an altitude of 1,200 metres, the tunnel has traffic and fire control systems, video surveillance, FM connectivity and transverse ventilation systems.

It connects Udhampur with Ramban district by-passing 38 km including Patnitop and Kud stretches of the Jammu- Srinagar highway.

In addition to saving nearly two hours of travel time, the passage of traffic through the tunnel will result in a daily saving of Rupees 27 lakhs in terms of fuel used by vehicles.

Kashmiri separatist leaders have called for a protest shutdown on Sunday against the Prime Minister's visit to the state.