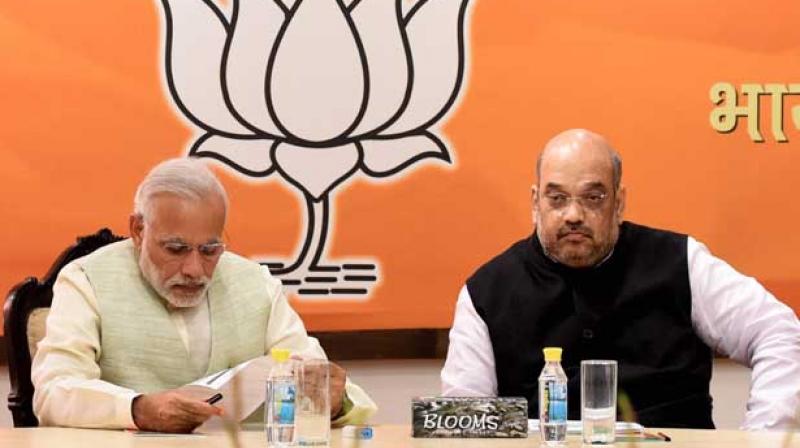 Prime Minister Narendra Modi has told all BJP MPs and MLAs to provide details of their bank transactions between November 8 and December 31, informed sources said on Tuesday.

According to informed sources, Modi asked the BJP lawmakers to submit the details to party President Amit Shah.

The Prime Minister announced the demonetisation of Rs 500 and Rs 1,000 notes on November 8 and December 30 is the deadline for submitting the banned notes to banks.

Modi also rejected allegations that the Income Tax Amendment Bill tabled in the Lok Sabha on Monday was aimed at converting black money into white.

"The PM described the move as a fight against black money and said it is for the welfare of poor," Parliamentary Affairs Minister Ananth Kumar told reporters.

Modi also sought support from everyone to make India a digital and cashless economy.

"The Prime Minister wants to make the country a cashless society and sought everyone's support," the minister said.