Prime Ministers Modi and Shinzo Abe will be laying the foundation stone of the Mumbai – Ahmedabad High Speed Rail (MAHSR) project (popularly known as the Ahmedabad-Mumbai bullet train) on 14th Sept. in Ahmedabad. This visionary project will herald a new era of safety, speed and service for the people and help Indian Railways become an international leader […] 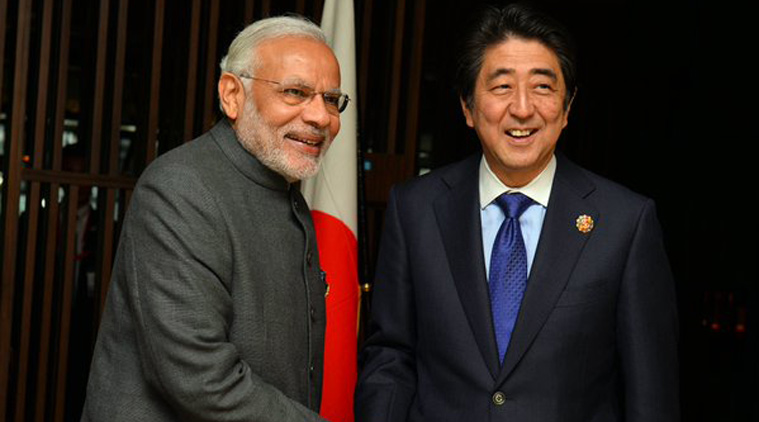 Prime Ministers Modi and Shinzo Abe will be laying the foundation stone of the Mumbai – Ahmedabad High Speed Rail (MAHSR) project (popularly known as the Ahmedabad-Mumbai bullet train) on 14th Sept. in Ahmedabad. This visionary project will herald a new era of safety, speed and service for the people and help Indian Railways become an international leader in scale, speed and skill.

Low cost of the project Major portions of large scale infrastructure projects are financed by debt, and the cost of debt is a significant portion of the total costs. As a part of cooperation agreement between India and Japan, Government of Japan will provide a soft loan of about Rs. 88,000 crore at miniscule interest rate of 0.1%. The repayment period of the loan is 50 years.

Repayment of loan is to begin after 15 years of receiving the loan, making it practically free since, this loan interest works out to roughly Rs. 7-8 crore per month. Generally, any such loan even from World Bank or such other agencies costs about 5-7% with a repayment period of 25-35 years, thus India is getting loan for the High-Speed Rail Project at almost zero cost without putting any strain on existing financial resources available with the country, as more than 80% of the project cost is being funded by Government of Japan. Clearly Peter is not paying for Paul.

It is for the first time in the history of the country that an infrastructure project is being funded on such favourable terms.

Make in India One of the prime objectives of the project is “Make in India”, which is to be realized before commissioning of the project. As per the agreement between Governments, the MAHSR Project has “Make in India” & “Transfer of technology” objectives.Under the guidance of task force (DIPP and Japan External Trade Organisation (JETRO), action is being taken as per accepted concept paper guidelines.

Active interactions are already taking place between the industries of India and Japan. It is expected that many joint ventures will be formed in the time to come to take up manufacturing of various components including rolling stock. This will not only benefit the Indian Industry with new technology but will also create several job opportunities within the country.

The Make in India objective will also ensure that most of the amount The construction sector in India will also get a big boost not only in terms invested in this project would be spent and utilized within India. of investment but also with respect to new technology and work culture. This project is likely to generate employment for about 20,000 workers
during the construction phase, who will be trained specially to take up construction of such projects in India.

Some of the new areas where A dedicated High Speed Rail Training Institute is being developed at construction skills would be developed areballast-less track, under sea Vadodara. This institute will be fully equipped with equipment and facilities such as simulator etc. as are existing in the training institute at Japan.

This institute will be functional by the end of 2020.The facilities at this institute will be utilized to train about 4,000 staff in next three years, who will then be utilised for operation and maintenance ensuring that this work is through skilled people in India rather than foreign dependent. They will also serve as a back bone for future development of other High Speed Corridors in India.

In addition, 300 young officials of Indian Railways are being trained in Japan to give them exposure in high Speed Track Technology. Keeping in view the long-term plan for human resource development, Government of Japan has also offered 20 seats per year for Master’s course from the universities of Japan, for serving Indian Railway officials. This programme is fully funded by Government of Japan.

Cutting edge versus catch up technology Unlike other areas,for high speed, country is getting a cutting-edge technology in totality. The ShinkansenTechnology is known for its reliability and safety and is proven for more than 50 years. The train delay record of Shinkansen is less than a minute with zero fatality.

Thus,the project is set to provide reliable and comfortable service with high standards of safety. The technology regarding disaster predictions and preventions will also be acquired as a part of the project. Such safety systems ensure that the train operation safety is maintained in case of any natural calamity such as earthquake etc.

With the presence and availability of this technology, India will be leapfrog to the cutting edge of latest train developments with passengers able to reach their destination in 2 hours as against the current 7-8 hours by train.

As the engineering staff learns the latest technology it will also help in developing the same in India. Keeping this scale-up in mind, there are other high speed corridors which are being reviewed – Delhi Kolkata, Delhi Mumbai, Mumbai Chennai, Delhi-Chandigarh, Mumbai-Nagpur, Delhi- Nagpur. All these corridors will also be able to operate high speed trains in the future. For this, the Ministry of Railways has constituted the National High Speed Rail Corporation Limited, which is also implementing this MAHSR project.