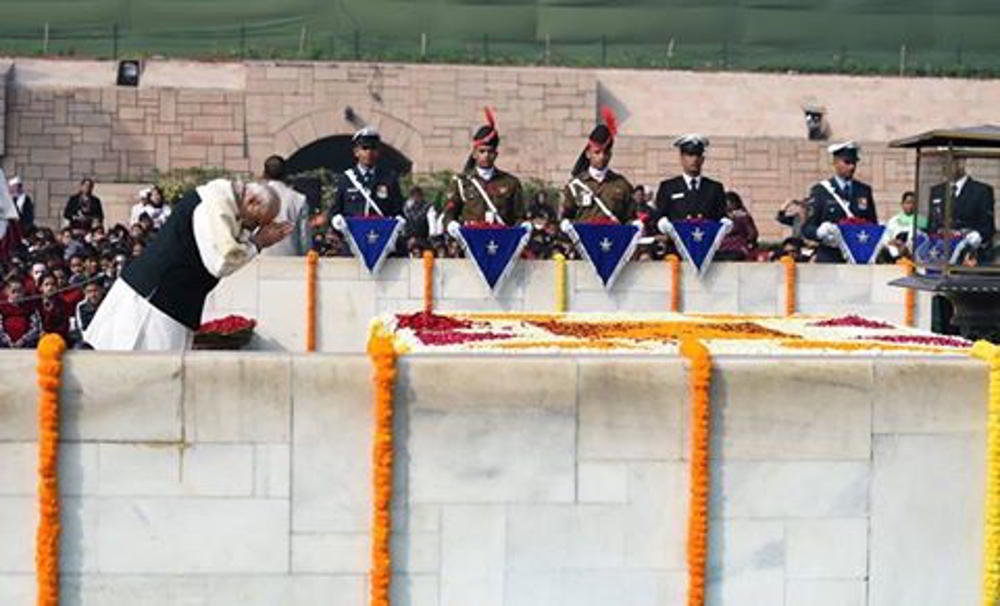 Prime Minister Narendra Modi on Monday paid tribute to Mahatma Gandhi, the Father of the Nation, on his 69th death anniversary.

On this day in 1948, Mohan Das Karamchand Gandhi was assassinated by Nathuram Godse, a Hindu nationalist, who fired three bullets into his chest during a prayer meeting at the Birla House here.

Gandhi is admired across the world for his nonviolent philosophy of passive resistance. He was known to his many followers as the Mahatma.