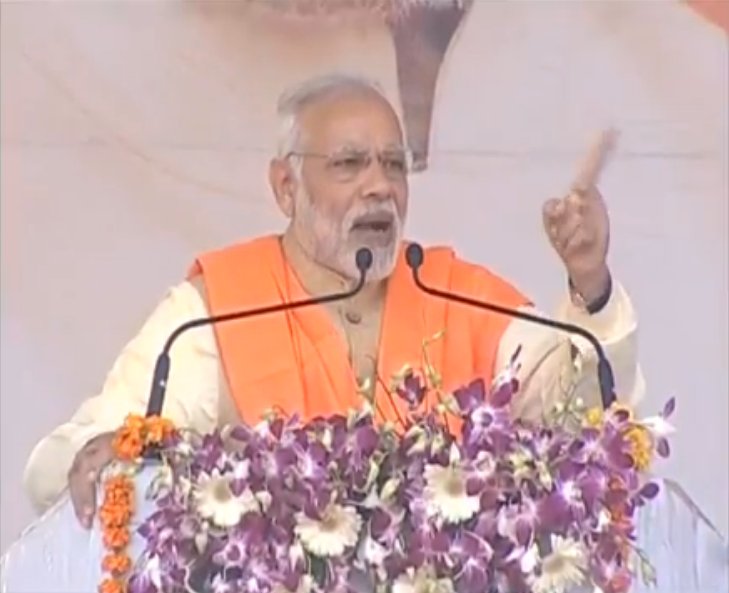 Prime Minister Narendra Modi on Friday ridiculed the Uttar Pradeshs ruling Samajwadi Party for aligning with the Congress and assailed the Akhilesh Yadav government over a host issues including law and order.

Addressing a rally here a day before Uttar Pradesh goes to the polls for the first phase, Modi accused the Akhilesh government of abusing power to stifle the opposition and vowed to take action if the BJP takes power in the state.

“Because of his acts, even senior Congress leaders prefer to maintain distance from him. But Akhilesh, you embraced him. Now I sincerely doubt your wisdom,” said the Prime Minister.

“Having realised that lotus (BJP election symbol) will be blooming everywhere in UP, the Congress and the Samajwadi Party, which have been fighting each other even a month back, are now cosying up to each other. Such is their desperation,” he said.

Assailing the state government over law and order situation, particularly women’s security, Modi called upon the people to oust a government which was not sensitive to their needs.

“What is the need of a government which cannot secure the future of the youth or protect the interests of the farmers? Throw out this government which has never worked for the welfare of the oppressed and exploited.”