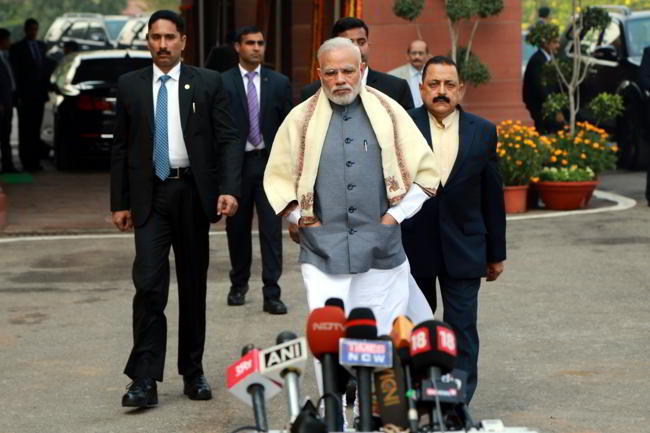 Prime Minister Narendra Modi has hoped that the budget session of parliament that got underway on Tuesday would be "fruitful" and all political parties would ensure a healthy debate in the larger public interest.

"In the recent past, there have been discussions with all the political parties individually and collectively.

"It is imperative to ensure that this session should be utilised for a constructive debate in the larger interests of the public and yet at the same time, detailed discussions should take place on the budget," Modi said while speaking to reporters here.

"I urge all parties to help in smooth functioning of the session. Hope for fruitful discussions. I am optimistic that all political parties will join hands to ensure a healthy debate in the parliament in the larger public interest," he said.

The Prime Minister said: "For the first time, the budget will be presented on February 1."

"Yet another new tradition comes into effect from today (Tuesday). Budget is being presented one month ahead and the rail budget has now become a part of the union budget.

"There will be extensive debate in the parliament on this issue and it will also reflect the ensuing benefits from the decision in the days to come," he added.