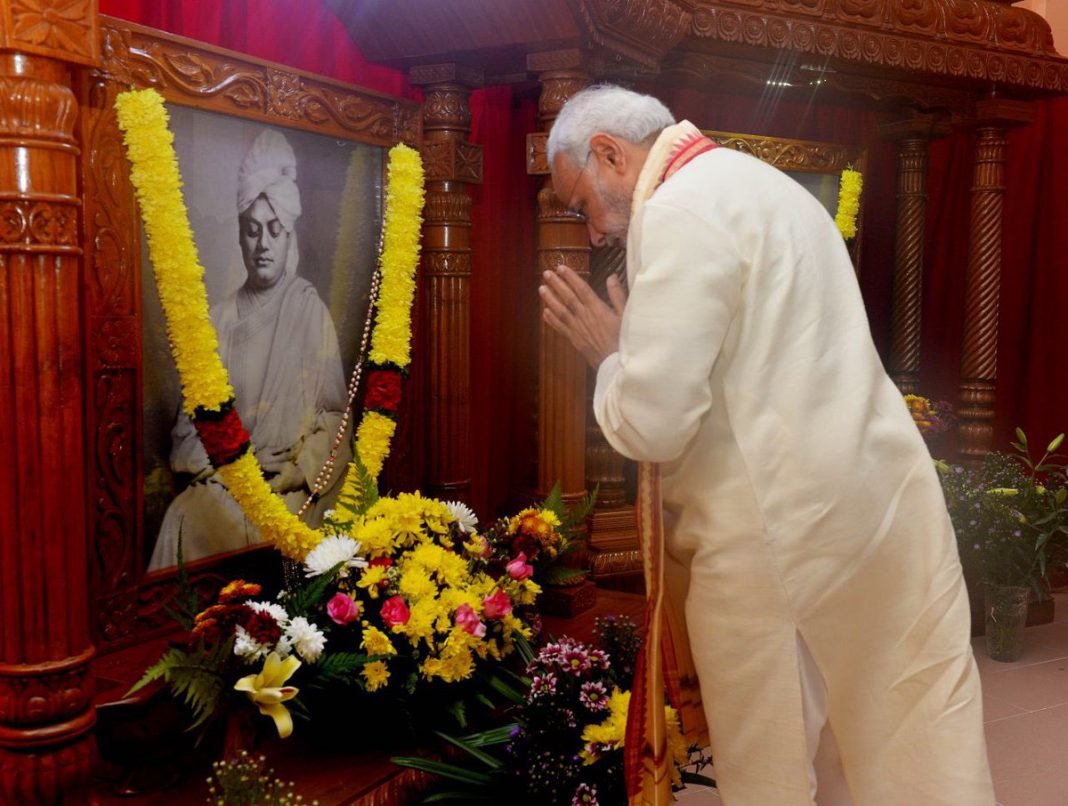 “We offer salutations to the great Swami Vivekananda and remember his powerful thoughts and ideals that continue shaping the minds of generations,” the Prime Minister said in an official message here.

The Home Minister, in a message on Twitter, said that Swami Vivekananda made Indians realise their “true potential”.

“I bow to Swami Vivekananda on his Jayanti today. He made the people of India realise their strength and true potential,” Singh said.

Congress Vice President Rahul Gandhi also tweeted saying he was remembering him on the occasion of his birth anniversary.

“Remembering Swami Vivekananda today. His message to live fearlessly, with courage and strength of purpose will continue to inspire and guide us,” Rahul Gandhi said.