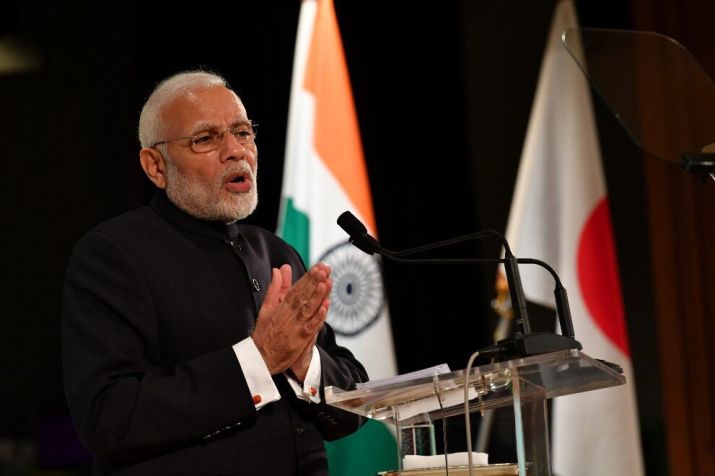 Prime Minister Narendra Modi on Monday invited Japanese businessmen to engage more with India to speed up the investment process in New Delhi.

"I always talk about 'strong India strong Japan'. On this occasion, I express my gratitude towards Japanese businessmen to show their faith in India. I invite you all to engage with India to speed up investment process there," Modi said while interacting at the Business Forum Summit here.

Modi, who arrived here on Saturday for his annual bilateral summit with his Japanese counterpart Shinzo Abe, said: "Some years ago, I spoke about making a mini-Japan in India. It's a matter of great happiness for me that today, you are working in an even larger number in India."

The Indian Prime Minister thanked the Japanese government and companies, saying: "Our Delhi-Mumbai industrial corridor project is also moving forward," because of Japan's collaboration with India.

He said that under the 'Make in India' initiative, India has the potential to become a manufacturing hub.

This is Modi's third visit to Japan for the summit and his 12th meeting with Abe since 2014.