Home > India > Modi did what he said: Bill Gates
India

Modi did what he said: Bill Gates 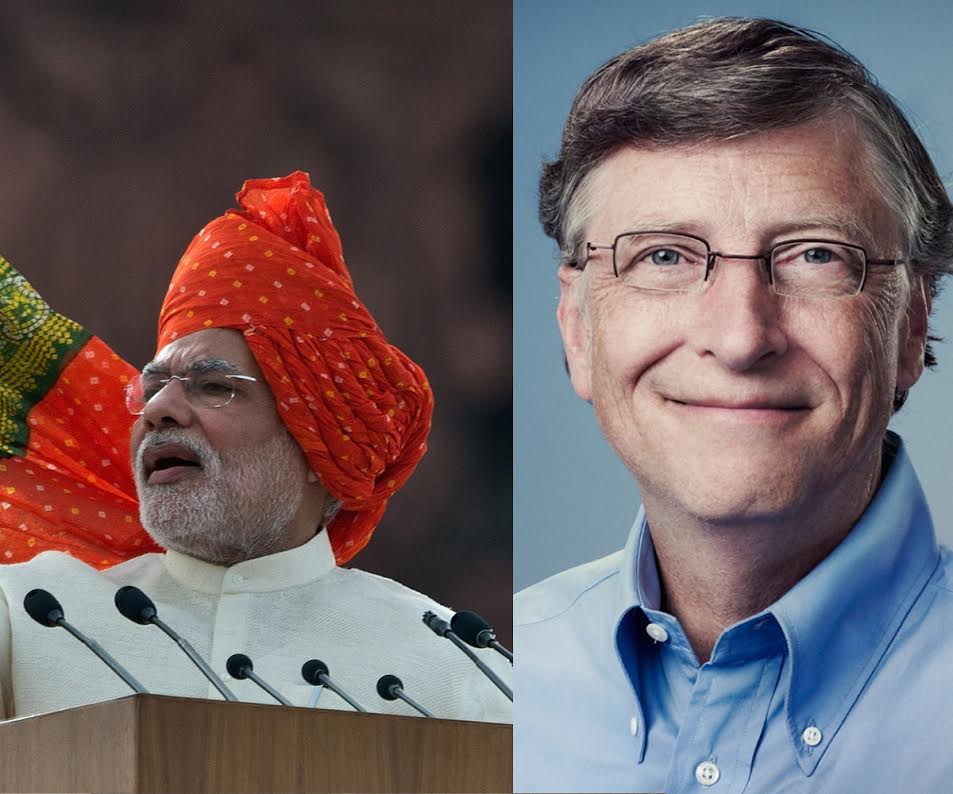 Microsoft Founder Bill Gates Praises to PM Modi's Clean India Campaign. He said nearly three years ago, Indian Prime Minister Narendra Modi made one of the boldest comments on public health that I have ever heard from an elected official. It's still having a big impact today.

I never heard any other National leader to speaking openly on a sensitive topic. Modi did what he said. Bill is talking about Prime Minister Modi's first speech on Independence Day after becoming Prime Minister of India.

Bill Gates recently wrote a blog that name "India Is Winning Its War on Human Waste". In this Blog he made a short virtual-reality video about this amazing undertaking from his most recent visit to India.

Bill describes his own thought and view about Prime minister campaign of clean India. He said "Nearly three years ago, Indian Prime Minister Narendra Modi made one of the boldest comments on public health that I have ever heard from an elected official. It's still having a big impact today.

He made the comment during his first speech to the nation commemorating India's Independence Day. Modi said: “We are living in the 21st century. Has it ever pained us that our mothers and sisters have to defecate in the open?... The poor womenfolk of the village wait for the night; until darkness descends, they can't go out to defecate. What bodily torture they must be feeling, how many diseases that act might engender. Can't we make arrangements for toilets for the dignity of our mothers and sisters?”

I can’t think of another time when a national leader has broached such a sensitive topic so frankly and so publicly. Even better, Modi backed up his words with actions. Two months after that speech, he launched a campaign called Clean India (“Swachh Bharat” in Hindi), which now includes ending open defecation nationwide by 2019, installing 75 million toilets throughout the country—75 million!—and making sure that no untreated waste is dumped into the environment.

If you’re wondering why the Prime Minister would put a spotlight on a subject that most of us would rather not even think about, take a look at the statistics. Of the 1.7 million people worldwide who die from unsafe water, sanitation, and hygiene each year, more than 600,000 are in India. A quarter of young girls there drop out of school because there’s no decent toilet available. When you factor in the deaths, sickness, and lost opportunity, poor sanitation costs India more than $106 billion a year.

In other words, solving this problem will save hundreds of thousands of lives every year, help girls stay in school, and boost the country’s economy. Improving sanitation is a big focus for our foundation, and we’re working closely with the Indian government in support of its goals.

There are two keys to achieving the targets of Clean India. One involves giving everyone access to a well-managed toilet, which means all the waste is treated (either on-site or in a treatment facility) to remove the pathogens that make people sick. It’s crucial to get the entire process right, from containing the waste in a toilet to collecting it, transporting it if necessary, and treating it. If one link in the chain fails, people still get sick.

Unfortunately, in many places, it’s not feasible to lay down sewer pipes or build treatment facilities. That’s why Indian researchers are testing a variety of new tools, including redesigned toilets that don’t require sewer systems and advanced ways to treat human waste.

So far, the progress is impressive. In 2014, when Clean India began, just 42 percent of Indians had access to proper sanitation. Today 63 percent do. And the government has a detailed plan to finish the job by October 2, 2019, the 150th anniversary of Mahatma Gandhi’s birth. Officials know which states are on track and which are lagging behind, thanks to a robust reporting system that includes photographing and geotagging each newly installed toilet.

But giving people access to toilets isn’t enough. You also have to persuade them to use the toilets. That’s the second key to Clean India, and in some ways it is even harder than the first. People can be reluctant to change old habits.

Clean India has ingenious ways of tackling that problem. In some communities, groups of children band together to call out people who are defecating in the open and encourage them to use public toilets instead. In a pilot project that will be expanded next year, the government worked with Google so users in 11 cities could search online for the nearest public toilets, get directions, and read reviews by other users. On streets throughout the country, billboards remind passers-by of the mission. Stars from Bollywood films and cricket teams speak out on TV and radio. Even India’s currency features the Swachh Bharat logo.

The hard work is paying off. Today more than 30 percent of Indian villages have been declared free of open defecation, up from 8 percent in 2015.

What I love most about Clean India is that it identified a big problem, got everyone working on it, and is using measurement to show where things need to be done differently. As the old saying goes, What gets measured gets done. If you don’t set ambitious targets and chart your progress, you end up settling for business as usual—and in this case, business as usual would mean poor sanitation keeps killing more than half a million Indians every year.

By aiming high, the people of India are demanding change, and they are taking action to make it happen. It is a great example for other countries and an inspiration for all of us who believe everyone deserves a chance at a healthy, productive life.