PM Modi declared many ambitious project during his visit to Bharuch

The people of Bharuch welcomed Prime Minister Narendra Modi with great enthusiasm after he inaugurated the much awaited cable bridge and laid the foundation stone of international standard bus terminal in the city. PM Modi also declared many projects like the Island development, turning state highways into National highways in Gujarat, multistoried railway stations and […] 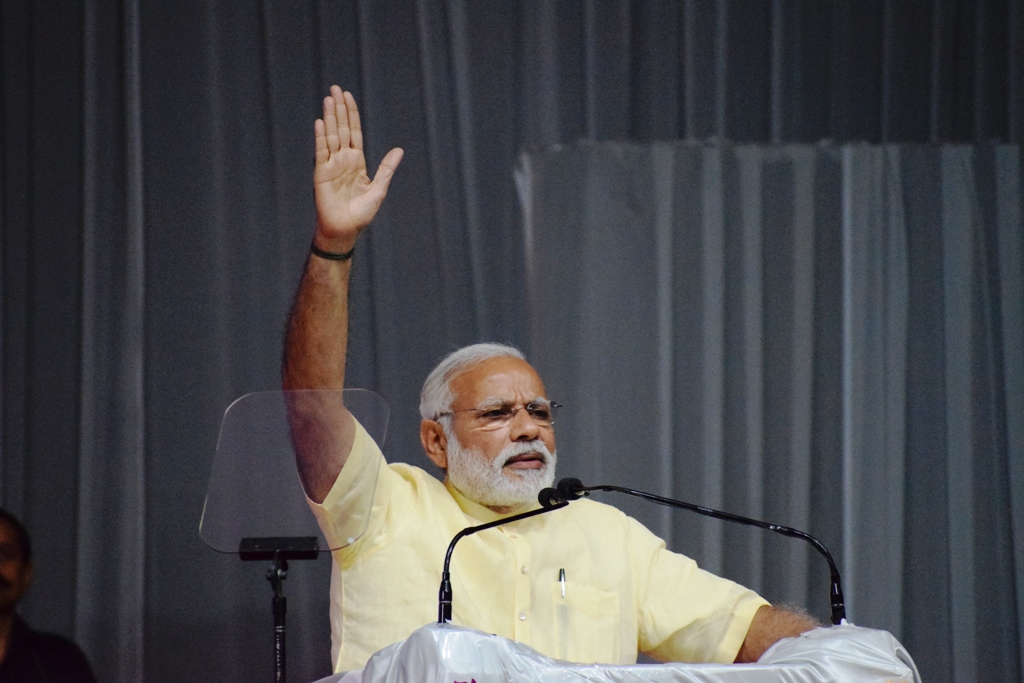 The people of Bharuch welcomed Prime Minister Narendra Modi with great enthusiasm after he inaugurated the much awaited cable bridge and laid the foundation stone of international standard bus terminal in the city. PM Modi also declared many projects like the Island development, turning state highways into National highways in Gujarat, multistoried railway stations and many others.

After inaugurating the much awaited cable bridge in Bharuch PM Modi said that the people of Bharuch suffers a lot due to the unavailability of the bridge in the past due to the earlier government. But after his government came into power they make it possible and in 34 monthsinaugurated the modern state of the art bridge which help to solve the traffic issue. He also said that Gujarat is a role model to the whole India in terms of competing the projects and works.


On OPAL plant inaguration he said Dahej is the jewel of India and it will provide enormous employment to the people in coming days. About the Bus port he said the thought came to his mind during the time when he was CM of Gujarat and decide that he want to give the facility of a airport to the poor people.

Working on that he started with Vadodara and built the world class bus terminal then in Ahmedabad and now move on to Bharuch.

He also talked about the 4000 crore cost weir project which will be built and the Narmada river will be filled from Bharuch to Sardar Sarovar dam. He sai after that one can imagine the beauty of the river and Bharuch will get fresh quality water. He also said that the way the city is developing he can see Bharuch will change in the next 10 years. He added that the Weir at Bhadbhut and they plan to start steamer service to Sardar Sarovar dam for the tourists.

About some important projects he said they are planning to convert Eight highways in National highways at the cost of 12,000 crore in Gujarat. The roads will be of 1200 kms total length and the Infrastructure development will help to reduce the accidents.


He put focus on to move forward move forward to 21st century and said that India is on the verge of a powerful nation. He talks about the Optical fibre network project which the earlier government failed and they successfully reached to 68,000 villages and cover them under optical fibre till date.

Talking about his ambitious project he said that he wants to develop the Islands which are about 1300 in India some bigger then Singapore.
He said they can develop them in many ways. 200 islands in Costal areas is ready for development and the government is ready with the project.

He said the railway stations can be turned into Multistoried building with facilities of a mall and many others and they are planning on that.

Before him Minister Nitin Gadkari and Gujarat CM Vijay Rupani also praised the efforts of PM Modi government to take the state of Gujarat into the path of development and the cable bridge and international standard Bus terminal at Bharuch is example of that.

The people are eagerly waiting for the arrival of PM Modi and sitting inside and outside the venue whichever place they found.