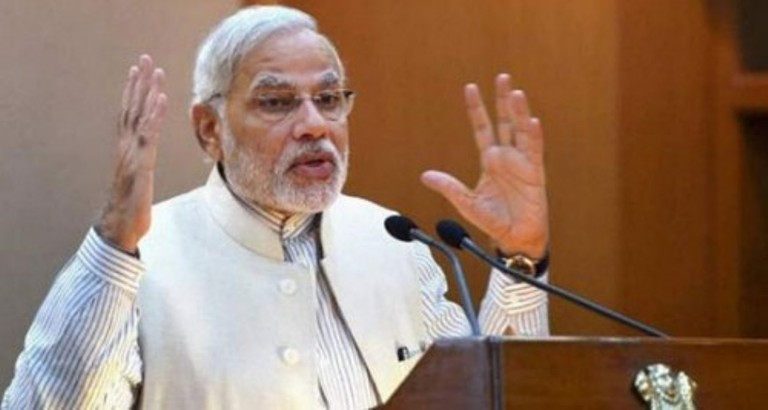 “They (opposition) are creating hurdles in the work of the government from the streets to Parliament. Today you have a government at the Centre which is working to unite the people of the country while the opposition is working to divide the people,” Modi told the National Convention of ‘Swachhagrahis’ here.

Eight persons were killed and dozens injured during Dalit protests on April 2 turned violent following a Supreme Court order that dilutes a law aimed at preventing atrocities against Dalits and Tribes.

Tuesday’s event was organised as part of the centenary celebrations of the Satyagraha led by Mahatma Gandhi in Champaran.

Hitting out at the former UPA government led by the Congress for delaying projects, the Prime Minister said his government was completing all its mission and commitments with the cooperation of the people.

Describing the Madhepura Electric Locomotive Factory as a prime example of Make in India and a source of employment in the region, he said work on the project was first approved in 2007 but it began only three years ago when the NDA government came into the power.

On Tuesday, the first engine rolled out of the factory.

“This is the style of working of this government. ‘Ab atkane, latkane and bhatkane wala kaam nahin hota’. Now the culture of stopping files is not there. The government is committed to fulfil all its mission,” he said.

He said the changes brought in the society through development works had created problems for the opposition and they were unable to accept this.

The Prime Minister showered praise on Bihar Chief Minister Nitish Kumar for his patience and able administration in fighting corrupt and anti-social forces.

“It is not so easy,” he said, adding that the Centre extended its full support to the efforts of Nitish Kumar in fighting against corruption and his efforts towards sanitation drive for social change.

Modi laid the foundation stone for the doubling of railway lines between Muzaffarpur and Sagauli as well as between Sagauli and Valmikinagar.

The Prime Minister also laid the foundation stone for a road lane of NH-2 in Aurangabad Bihar-Jharkhand border section and distributed awards to Champion Swachhagrahis from across the country.

Mahatma Gandhi launched the Champaran Satyagraha on April 10, 1917 against the British to fight for the rights of farmers who were forced to undertake indigo cultivation.