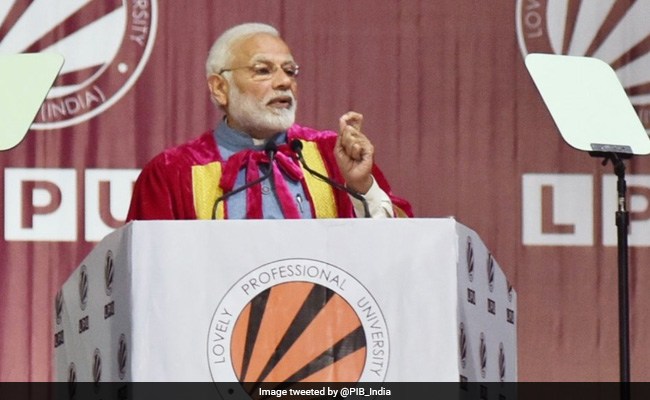 Prime Minister Narendra Modi on Thursday added ‘Jai Anusandhan’ to the slogan ‘Jai Jawan, Jai Kisan’ given by the late Prime Minister Lal Bahadur Shastri, hailing the power of research to propel the nation into the top league.

“Today’s new slogan is ‘Jai Jawan, Jai Kisan, Jai Vigyan and Jai Anusandhan’. I would like to add ‘Jai Anusandhan’ to it,” he said.

He advised that though the number of research papers coming from India had increased, “we must not do research for the sake of it”.

“India has enlightened the world since ancient times. Now the time has come that India regains its earlier status,” Modi said.