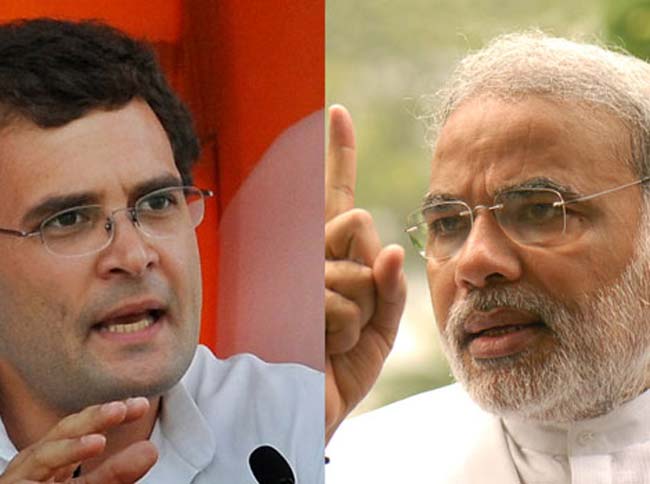 Congress Vice President Rahul Gandhi, who returned home after his vacation of abroad is constantly attacking the Narendra Modi’s Government.

“India has a weak Prime Minister,” Gandhi wrote on his Twitter handle. 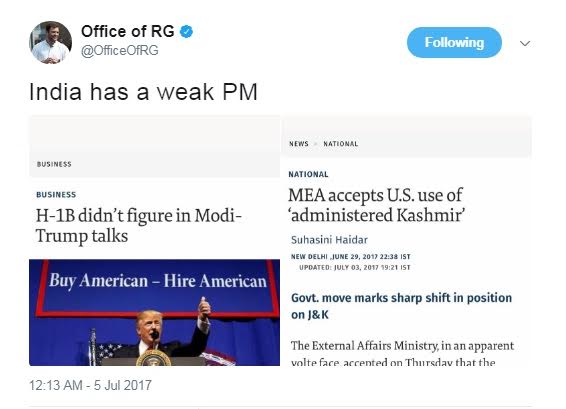 He attached two news reports relating to Modi’s recent US visit. One of the reports said that Modi did not raise the H1-B visa issue during his talks with President Donald Trump.

The other report related to India’s acceptance of the term “India administered Kashmir” by the US State Department in its order designating Hizb-ul-Mujahideen leader Syed Salahuddin a global terrorist.

PM Modi went on tour in America last week, where he had talked with US President Donald Trump on many issues. No shared statement was issued on the issue of H1-B visa in the shared press conferences.

At the same time, the US government declared Hizbul Mujahideen’s head Syed Salahuddin as an international terrorist and described Kashmir as India-administered Kashmir. Congress alleged that Kashmir was an integral part of India, we have not taken any occupation. Now the statement of the Ministry of External Affairs has come.

The Ministry of External Affairs had said that by calling India-based Jammu and Kashmir our strength is even greater, that Syed Salahuddin Cross Border is involved in terrorism and spreads it against India. The Ministry of External Affairs said that cross-border terrorism has increased in the middle of 2010-2013, affirming that they report their own reports.