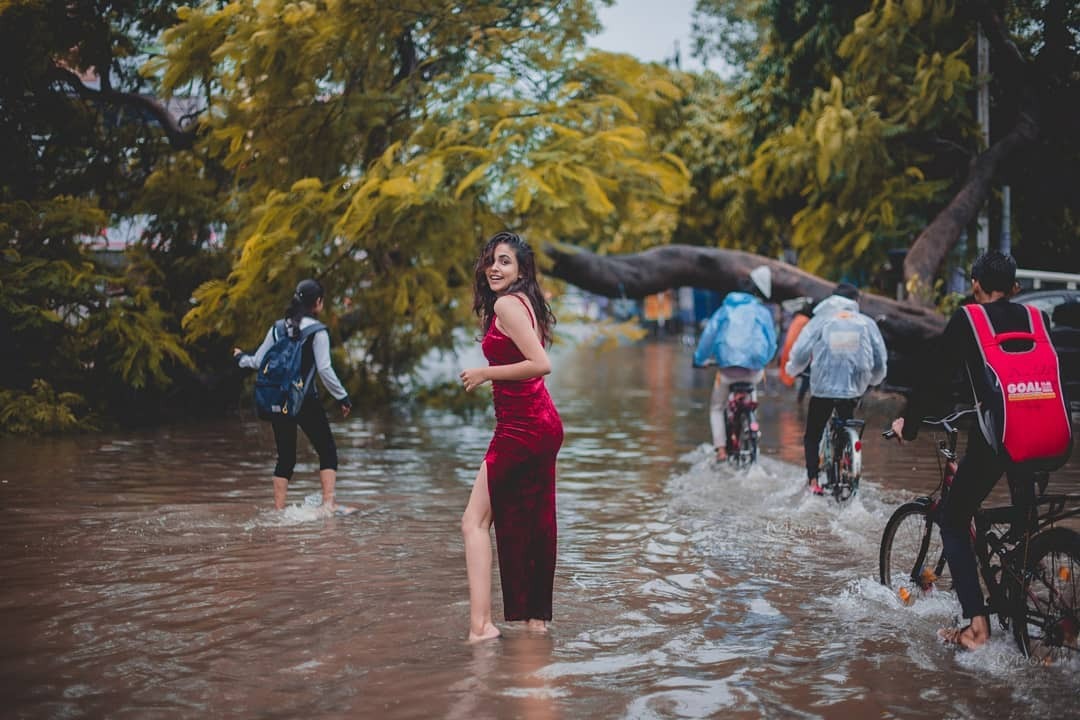 People think of avoiding trouble like flood, they express concern. At the same time, a model in Patna, Bihar, got a photo shoot in flood water that created a ruckus.

Photo shoots are usually praised, but photography taken with such a grace was taken on target in the floods. This photo shoot was done by model Aditi Singh of Bihar. And photo shoot has been done by famous photographer Sourav Anuraj of Bihar.

Aditi Singh is Patna's first year student and is pursuing a course in fashion designing. She also does modeling. Photographer Sourav, sharing this on social media, wrote the mermaid in the disaster. After this, these photos of Aditi became viral.

People are criticizing that such a photo shoot is like a celebration even in a flood-like situation. People are calling it insensitivity. Photographer Sourav says that he has done this to draw attention to the problem like floods.

Even after clarification from them, people are trolling model Aditi Singh in such a way that they had to shut down their phones.