MLA Rajendra Trivedi declared as candidate for next speaker 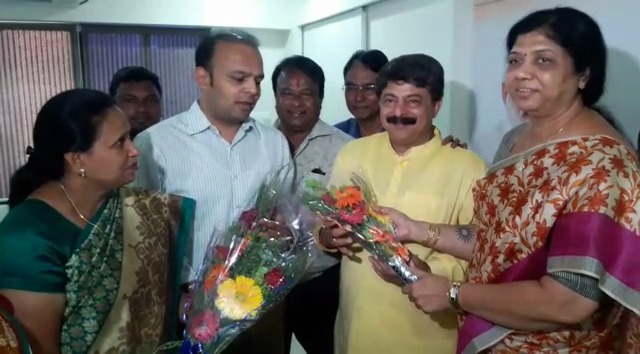 Bha Add Mediartiya Janta Party (BJP) declared Vadodara MLA and former minister Rajendra Trivedi as their candidate for the next speaker of Gujarat Assembly. With the declaration the election is mere a formality as the BJP has the full majority in the house.

Rajendra Trivedi won the recently held assembly elections with record margin along with others as BJP swept the all five seats in Vadodara city. On Friday well wishers extend their wishes and visit Rajendra Trivedi after his name was declared as the candidate for speaker of the assembly by the party.

It's a emotional moment for Trivedi as he has to resign from the party as per the rules to become speaker of the house.