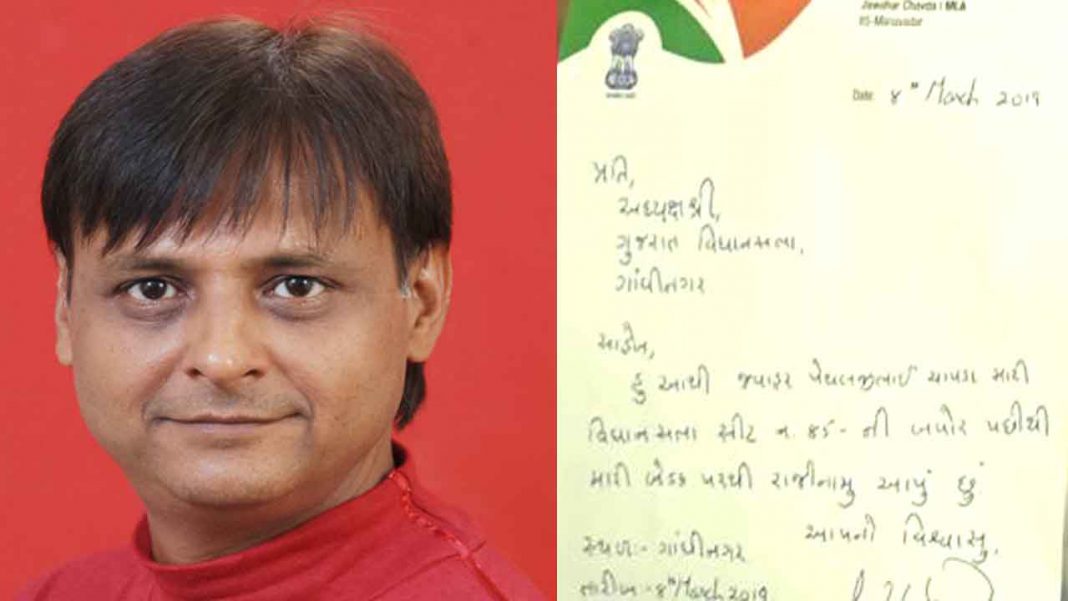 Senior congress leader Jawahar chavda on Friday resigns from the Gujarat Legislative Assembly. Chavda, a four time MLA, represented Manavadar seat in Junagadh district and is considered to be an influential OBC from the Ahir.

Confirming the development, Assembly Speaker Rajendra Trivedi said  “Chavda has resigned as MLA from Manavadar seat. He came to my residence and handed over his resignation letter. I have accepted his resignation He has not cited any particular reason.
Chavda ceases to to be an MLA from today.”