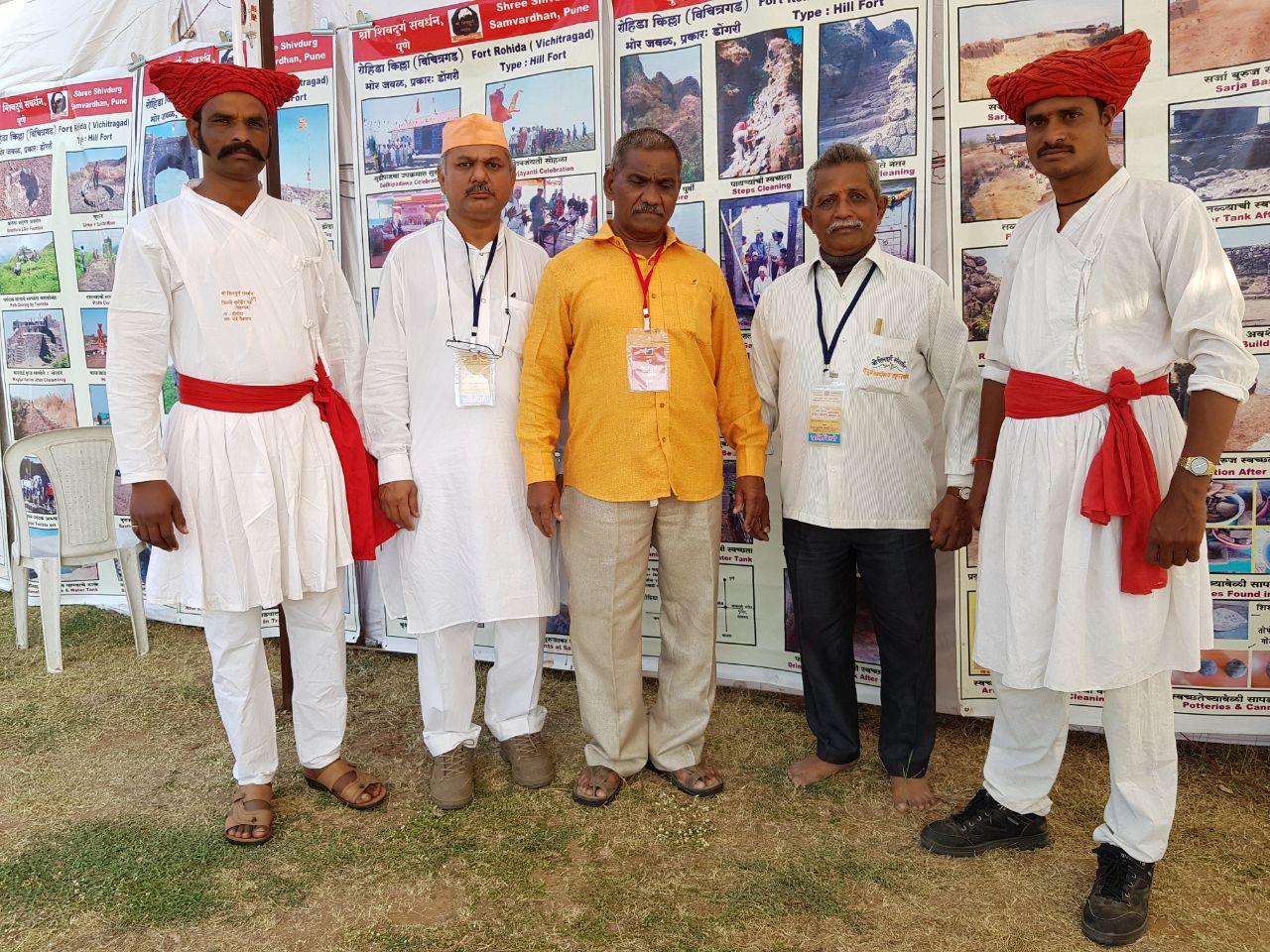 Hanumant Deshmukh and Surendra Govind Nawade from Pune started a mission to restore the historical monuments specially forts in and outside Pune to save the rich history for the future generations. They are working on seven important forts related to Chatrapati Shivaji Maharaj the founder of Maratha empire.

Often called the fort men they along with his team are working on Seven major forts showcasing the history of one of the most influential ruler Chatrapati Shivaji Maharaj. The restoration and preservation work is going on at Rajgad (1st capital) , Rohida, Tikona, Tung, Rayareshwar, Bahadurgad and Antur forts.

The initiative was started by founder member Hanumant Deshmukh after he saw the historical forts went unnoticed by everyone which carries rich Marathi history in them. With no one to taking care of the monuments he decides to start the very challenging mission to restore them.

With no financial assistance he spend money from his own pocket and started cleaning up the forts by his own. Witnessing his grit and determination more like minded people joined him in his mission and they then give a identity to the group named Shree Shivdurg Samvardhan.

"Chatrapati Shivaji Maharaj has its influence on every Marathi and it's our duty to save the history related to the great ruler. However it's hurting to see the forts which are one of the important source of history lies in dilapidated state. That shook me from inside and I decide to start the herculine task to clean up and restore the historical monuments for our future generations," said Deshmukh.

The task was big but with determination he started the restoration work from his own spending money from his pocket. Later like minded people joined him in the project and now they are collectively working on Seven major forts in and outside Pune to save the rich history for the future generations to come.

"We started working without any registration for two years as our main priority is to save our historical monuments. In 2007 we registered ourselves and now working on Seven major forts. We involve young volunteers like students, visiting tourists and locals in our work to give them a practical source of knowledge," said Surendra Govind Nawade a lecturar and one of the founding member of the group.

Presently they are working on cleanliness and restoration work of forts, historical temples and other monuments to bring them to life. They managed to clean up the steps, water resources, temples and the approaching roads towards the forts somehow lost in years of negligence. They involve the local people in their work to ensure the preservation of the monuments after restoration work.

"Local people are the one who knows the geographical area of the monuments as they are staying there for generations. We involve more locals specially youths in our work to help them know about the historical value and later they can take care of the forts on their own. Secondly it also gives them a source of income as they can work as guides for the tourists visit there," said Deshmukh.

With years of hard work and efforts the Shree Shivdurg Samvardhan managed to restore the forts in their original form. They also ensure that the rich history must pass on the future generations to come.