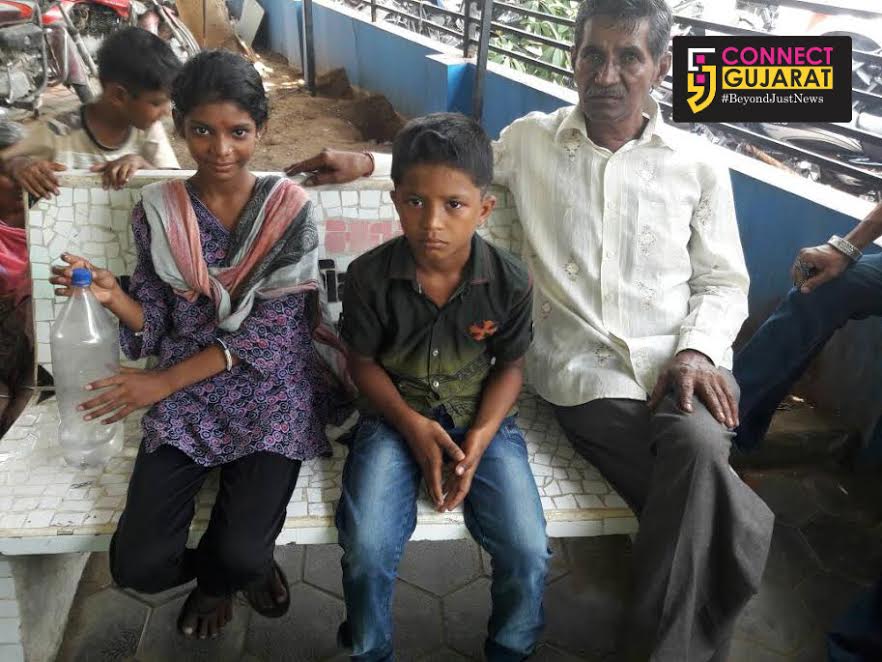 The parents of the two cousin brother sister from Vadodara had a sigh of relief as they were found a day after they went missing. Both the kids went missing from Monday and were found from Dabhoi Taluka near Poicha on Tuesday. During questioning by the police the cousins revealed that they became unconscious after someone sniffed them and took them away. However the police is investigating on different angles as if the kids are making a story or telling the truth.

As per the details daughter of Santosh Mali and son of Shankar Mali were playing near their homes in Danteshwar area of Vadodara. When the families of both went to call them they were nowhere to be found and they begin searching for them in the area. After intensive searching by them the children were not found and they went to the Makarpura police station and register a missing complaint there.

The family also informed the police that the boy has a mobile phone with him and the team immediately called on the mobile. After a ring the phone was disconnected from the other side and since then it was switched off after the police team tried to call on the number.

During the primary questioning the kids said that they were playing outside their homes when two women and one male makes them unconscious after sniffed something and take them away in a tempo.

They also said that the unknown persons who took them away disconnect the phone when they called. They then later dropped them near Poicha Swaminarayan temple and went away. They said they have 50 rupees with them and from there they went to Kuber Bhandari in a boat and spent the night there. They again came to Poicha in the morning and from there the police brought them back.

The families of both the kids are happy after they were found in safe condition. The police is investigating in different angles like who was the lady that made them unconscious as the duo told them during questioning. They also investigate that if the kids are saying the truth or just making a story.