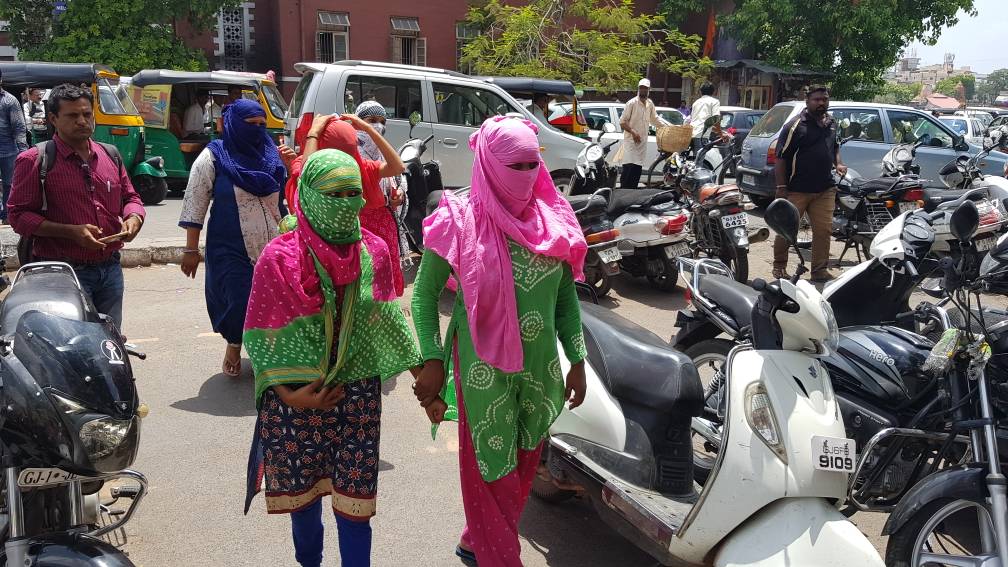 The minor girl who was molested by the school van driver in Vadodara put serious allegations against the accused on Monday. She gives her statement before the magistrate that the accused raped her many times and every time he invited his friends to shoot a video of the act. She also add that after molesting her the accused beat her up in front of his friends and frighten away from there. She and her mother demand capital punishment for the accused.

On Saturday Vadodara Bapod Police arrested a school van driver for molesting a minor girl for the last three months. The police arrested the accused after the mother of the minor gives a complaint against him. The accused is working as a school van driver in SSV School and molesting the minor girl for months studying in the same school. Mother of the victim said that the accused threatened her daughter and molested her for months before she knew about the whole thing a day before.

Based on the complaint the Bapod police arrested the accused and further investigating in the matter. However on Monday the victim along with her mother put serious allegations against the accused before the magistrate and gives their statement in front of him. The girl said that the accused shot video clips of the act and threatened her of dire consequences.

“The van driver Jayesh Bharwad always threatened me and took me to the places for taking advantage of me. He called his friends there and gives instructions to shoot the whole thing on mobile while he was molesting me. Not only that they all laugh and make fun of me while shooting the video on their mobile. After that he beat me up and frighten away from there. He threatens me to kill my family if I reveal anything to anyone about this. I demand capital punishment for him and he spoiled my life,” said the victim.

The victim was accompanied by her mother and registered the statement before the magistrate. The mother said that the accused spoiled the life of her daughter and should be hanged. She also demand that police also take the matter seriously as the accused is married and father of two and then also molested her daughter. She also demands to remove all the school vans operated by Bharwads from the school immediately.