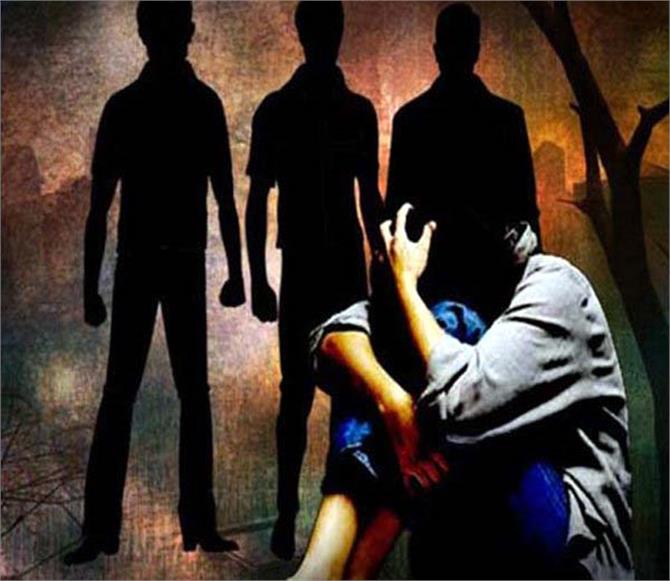 A minor girl in Vadodara was gangraped by three accused living in her neighbourhood. The accused kidnapped the minor from her house last midnight and raped her whole night. Police registered the matter and investigating the case.

As per the details Bakabhai (name changed) living at New VIP road and a scrap dealer has 8 children four boys and four girls. Out of the eight children two girls and three boys were married and now he is living with two girls and one boy.

He said that he was sleeping with his children outside his house when at around 1am at midnight he found his youngest daughter missing from there. He was shocked and start searching for her but couldn’t found her.

He further said that they searched for his daughter and when they don’t found her they waited for her sitting at their home. As soon as the news spread the people from the area started gathering at their house for inquiring about his daughter.

Meanwhile early in the morning at 6 am they came to know that his daughter is inside the house of three youths from UP living near their house. After that they went inside the house and found the minor in half naked state and unconscious. They then informed the Bapod police about the incident and they reached the spot.

He accused the three youths living in his neighbourhood for raping his minor daughter and named Ashish, Jagdish, Ahir in his complaint. As per the information the Bapod police arrested two of the accused and hunt is on to nab the third one.