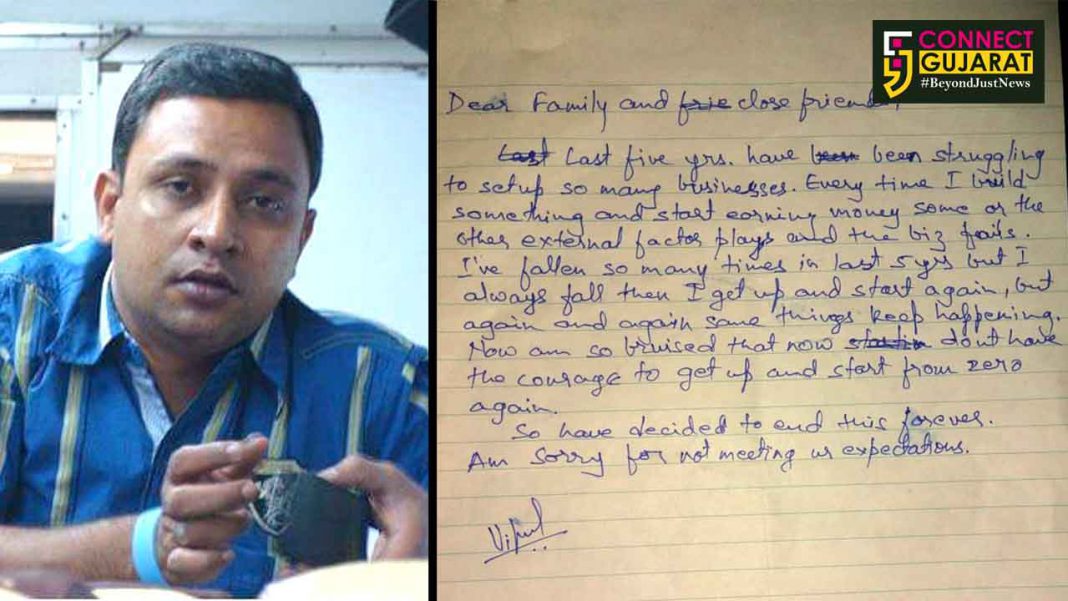 A middle age man in Vadodara committed suicide after failed in business he started in last five years. He left behind a suicide note apologising his parents and close friends for the extreme step. He mentioned about not having enough courage now to start from zero again and hence decides to end his life.

As per details 43 years old Vipul Peter Philips resident of Pratapgunj committed suicide after failed in business. In primary investigation of police it is revealed that Vipul was earlier worked with HDFC bank and later turned his attention to business. However he failed and don’t get any desired results. As per sources he also invested in Bitcoin and facing loss in there also. With no option left he decided to take the extreme step and ends his life.

Vipul left behind a suicide note where he apologised to his family and close friends for failing in business and now don’t have any courage to start from zero. Sayajigunj police reached the spot and further investigating in the case.