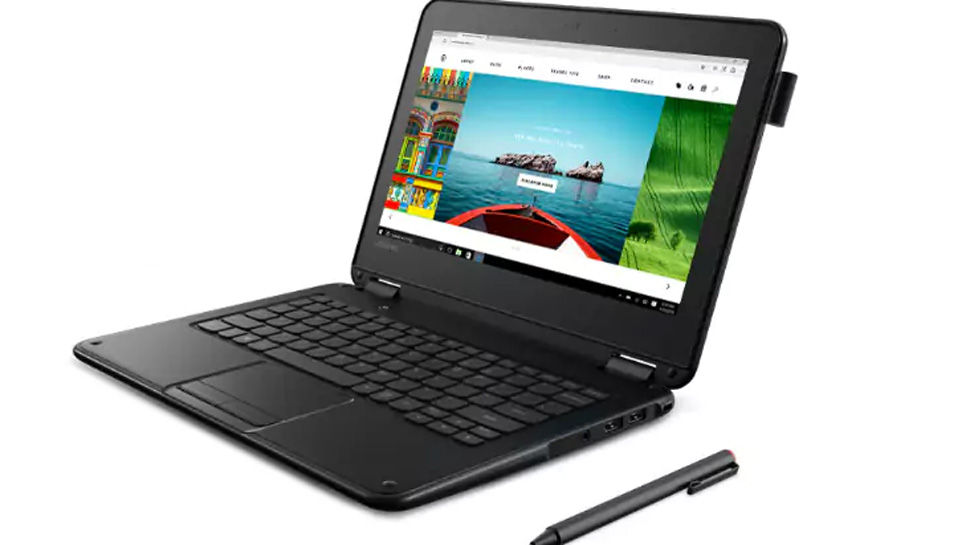 American Multinational technology company Microsoft launched four new laptops.The specialty of these laptops is that these companies have taken care of the students, in making of these Laptop. All work on Windows 10.

In addition, Microsoft has also introduced plans to offer free access to Office 365 Education to teachers in 146 countries. After introducing Microsoft's new laptops, it is believed that this could bring a new revolution in the laptop market. Two of these laptops have been developed by Lenovo and the two JPs.

In the Microsoft Laptop Lenovo 100E, the company has Intel Cellaron Apollo Lake Processor and 2 GB LPDDR4 RAM. It has a 11.6 inch HD antigler display with 1366x768 pixels resolution. The company claims to get 10 hours of battery life from the laptop. It weighs 1.22 kilograms. Considering the special students, the value of the launched Lenovo 100e starts at around $ 189 (about 12,100 rupees)

Microsoft's second laptop has launched the Lenovo 300e to-in-one converter PC under Microsoft Education Series. It has an Intel Pentium processor and 4 GB LPDDR4 RAM and 16 GB EMMC storage. The laptop has a 11.6 inch HD multitouch display of 1366x768 pixels. Its price starts at $ 279 (about 17,800 rupees). Laptop claims to get up to 8 hours of battery life.

Apart from this, two more laptops have been introduced in the education range, which Jaypee has launched. Classmate Leap T303 laptop comes with hello support. Its price starts from $ 199 (about 12,700 rupees). While the price of the Trigono V401 to-in-one laptops starts at $ 299 (around Rs.19,100). This laptop comes with pen and touch support.

At the same time, it has also been announced by the company that the company will provide free access to Office 365 education to school teachers in 146 countries. These include Microsoft Learning Tools, which will enhance the understanding and understanding of the students.