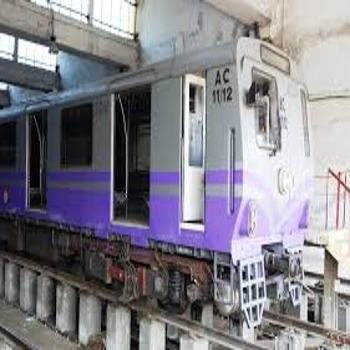 Metro railway services were halted and an early holiday was declared at the state secretariat as tremors were felt in Kolkata and other parts of West Bengal on Wednesday following a quake in Myanmar.

There were no immediate reports of any casualties or loss of property.

The Regional Meteorological Centre here initially gave the figure at 7.0 on the Richter scale to the quake, but later revised it to 6.7.

Panicky people came out on the roads, vacating shopping malls, houses and multistoried buildings as the jolts were felt a little after 4 p.m.

Metro railway services were halted as a precautionary measure and passengers asked to disembark at the nearby stations.

The services resumed after some time after the tracks were inspected and found undamaged.

At the state secretariat Nabanna in neighbouring Howrah, the employees rushed out as the tremors lasting a few seconds shook furniture.

Soon after, an announcement was made over the secretariat public address system that the offices would be over for the day.

The tremors were also felt in a number of districts in southern and northern West Bengal.