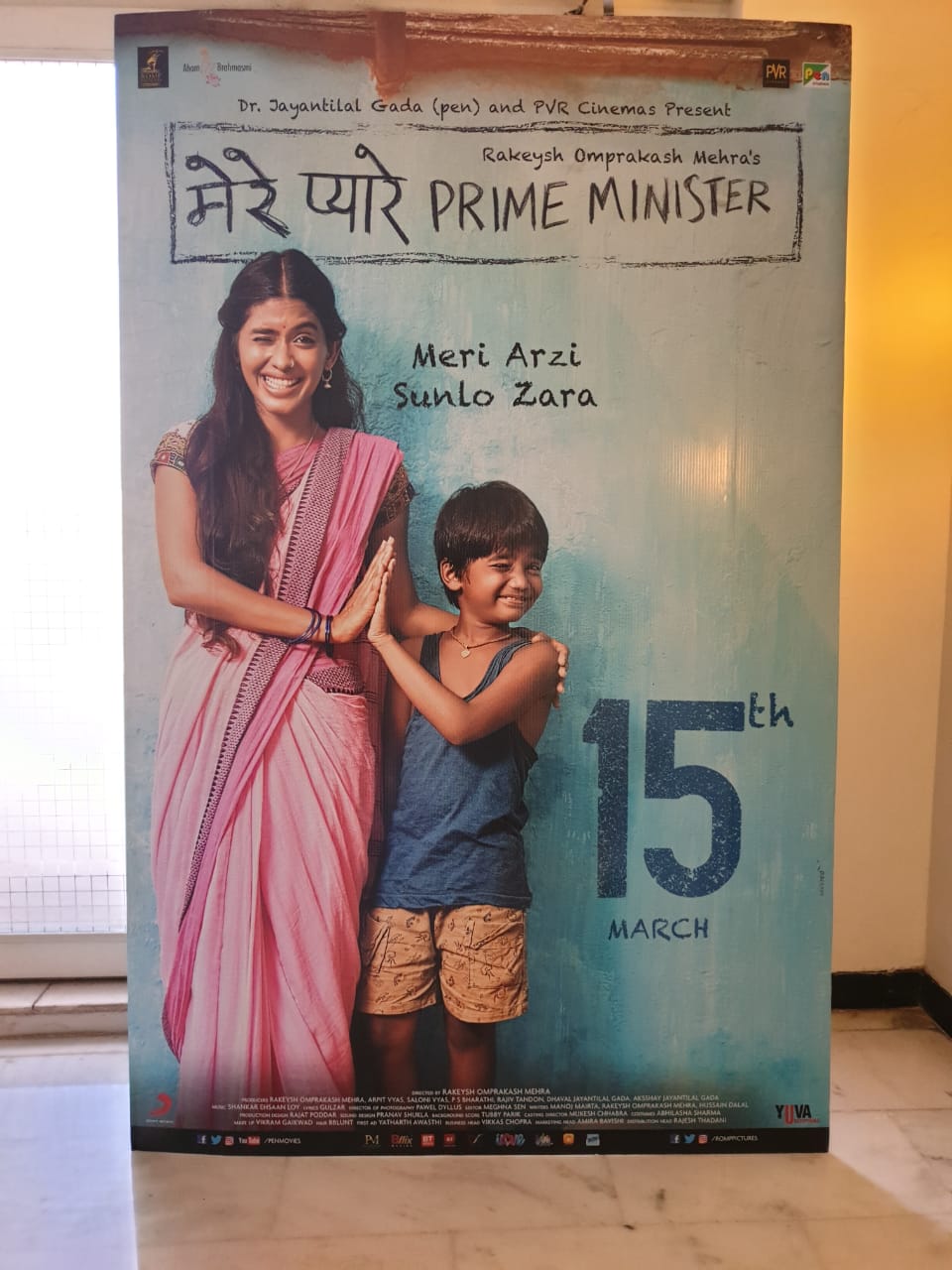 Focusing on the story of a boy requesting the PM to built a toilet for her mother.

“The story of the film materialize from life, what we feel and see daily. Cinema is the reflection of society and this film is the perfect example of the hard reality which the women still face in the country,” said Rakeysh OmPrakash Mehra about his upcoming film ‘Mere Pyare Prime Minister’ slated to release on 15th March.

The celebrated director with films like Rang De Basanti and Bhaag Milkha Bhaag to his credit is in Vadodara for the promotion of his upcoming film. The film ‘Mere Pyare Prime Minister’ is a story about a mother son which put focus on cleanliness. It showcases the harsh reality of the society where the women are still force to go outside in absence of toilets in their houses. “My film based in a slum in Ghatkopar where the problem of toilet is severe and living there is unsafe. This is a story of a mother son where the innocent son writes to the Prime Minister and requesting him to build a toilet for her mother”. The role of the son is played by Om Kanojiya and mother of the boy is played by Anjali Patil.

Mehra said one image of the reality comes to his mind repeatedly and became the plot of his story. “After a day shooting of BMB we took a shortcut from a slum colony towards our destination and as the headlights flashed on a group of women they immediately stand his hurry and try to manage their clothes as they comes for toilet. The image stuck me and hit me every time since then. The UNICEF data also shows they are prone to physical abuse when they went out for toilet in open and the thing touched me more. I went o Sabarmati Ashram and spend time there specially try to know Gandhiji and then I decide to join and mentor the group YUVA and built toilets in 900 schools we adopted. This whole thing became the plot of my story,” added Mehra.

Mehra join hands with the NGO Yuva Foundation and take responsibility as a social entrepreneur said that girls avoid going schools after entering teenage. They are planning to built 5000 toilets till 2020. He said his film is just like a part of his mind and this film is just like that. ‘Mere Pyare Prime Minister’ is a different film with different subject based on slums. People will love to see the film. We shoot on real locations with real people living in the slums to show the reality of the subject. The film showcase how important is the toilet in a house especially for the women and we also try to change the attitude of people towards them,” said Mehra.

The film is ready to release worldwide on 15th March and already reached Rome festival as the only entry from Asia. The film crew is happy to renovate the toilet of the municipal school and built 15 to 20 toilets with water connections there.

Anjali Patil the mother of the child feel proud to be part of the film as it shows the struggle of a woman and somehow relate to her also. “Most amazing part of the film is we became the part of the community and lives with them during the shooting of the film. The subject is the reality which we witness everywhere and somehow relate to me as it show the struggle of a woman. The feeling and agony is from inside as we also use the same public toilet during the shooting and being a woman I can relate to them,” said Patil.

This is the first film of Niteesh Wadhwa playing the character of silent lover of Sargam (Played by Anjali Patil) and is totally a life changing experience for him. He said they lives inside the houses and witness the real life besides them while they get ready for their shoot. With this film they able to learn the real life.