Some men unable to adjust to changing woman: Anushka

Actress Anushka Sharma believes that some men are perhaps unable to adjust to the fact that the woman today is changing and is no longer dependent on anyone. Giving her take on the growing divorce rate in the country, Anushka, who was here at Agenda Aaj Tak 2016, says that while some people are able […] 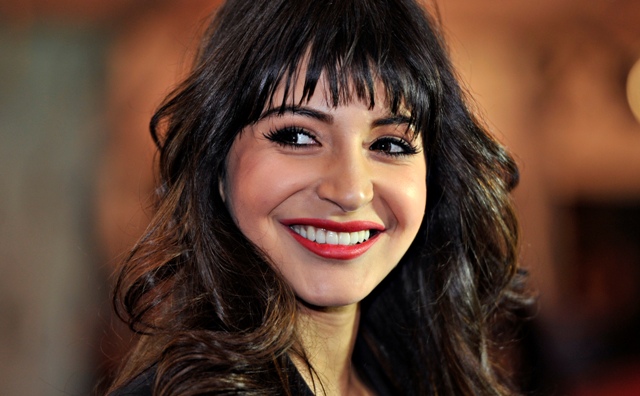 Actress Anushka Sharma believes that some men are perhaps unable to adjust to the fact that the woman today is changing and is no longer dependent on anyone.

Giving her take on the growing divorce rate in the country, Anushka, who was here at Agenda Aaj Tak 2016, says that while some people are able to adjust with changing times, some have a problem doing so, which leads to clashes and divorce.

About the difference in spotlight for actors and actresses, Anushka says that actresses have always been good performers.

“I think actresses have always been very good performers. Actresses should be hyped more. Actors are over hyped,” the “Sultan” actress said.

Having worked with both Ranveer Singh and Ranbir Kapoor in different films, Anushka says that Ranbir is her “all time favourite”.

“I’m closer to Ranbir because we recently worked together. We have a good understanding between us… also during a bad time you become better friends because you have company since we did ‘Bombay Velvet’ together, which was a flop so we became closer,” she said.

Anushka however says that it would be unfair to draw a comparison between Ranbir and Ranveer as Ranbir has done “a lot of different roles” and has featured in much more number of films.

“Ranbir has definitely got more opportunities with films like ‘Barfi!’, ‘Rockstar’ and ‘Rocket Singh’. So it won’t be fair to judge the actor’s right now. When Ranveer Singh comes down from the hyperactive persona of himself and does films like ‘Bajirao Mastani’… it stands out,” she added.

Having featured in films like “NH10”, “Sultan” and “Ae Dil Hai Mushkil”, Anushka believes that song and dance sequences in a Hindi film is necessary but the focus as of now is on content.

“Being a good dancer having six packs is superficial. In our country in the film music song and dance is necessary as a producer I know the important now. Right now a lot focus is being given to the content of the film. At the end of the day it is all business. Lately the films that have done well even if it is small or is it big, the stories of those films a very good and different… They were some amazing stories.

“We can say that it is because of the audiences advancement and the changing thought process that has brought change in cinema right now. Now audiences are expecting something more and not just the music the song all the dance,” she added.