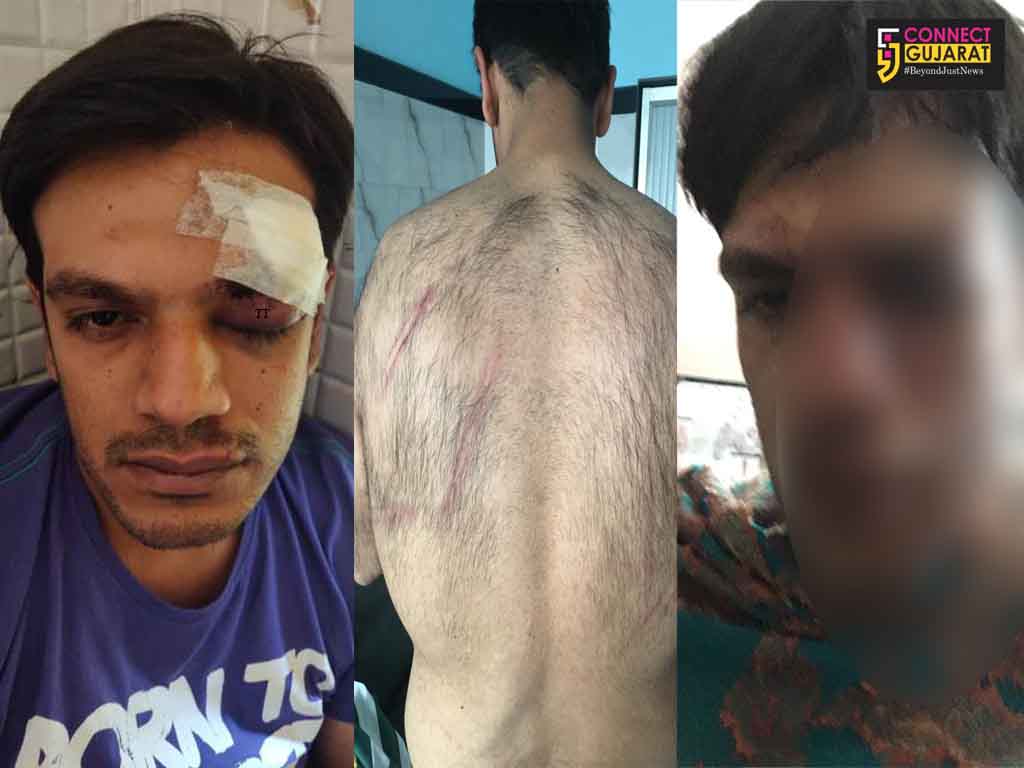 Four recieved deep injuries on body after the brutal attack

It’s a nightmare vacation for the Memon family from Vadodara after the local horse and camel riders attacked them in Lonavala. The family visits the popular Tiger Hill but a little argument over horse riding led to dangerous attack on them which includes women and children.

As per details the Memon family from Beena Nagar is enjoying the vacation and visited the popular Tiger Hill in Lonavala on Monday evening. The children the enjoying horse ride there but a little argument over some matter with the horse rider lead to brutal attack by the locals on the tourists from Vadodara.

“We all including my sisters, brothers and their families visit the popular Tiger Hill on Monday evening and the children are enjoying the horse riding. However a little argument with the horse rider lead to brutal attack on us by the group of 50 odd people. They are in mood to rob us as they tried to snatch the watch of my brother coming from UK and took away the purse of newly married bride with diamond earrings and cash inside. We all try to save the young family members of our family brutally beaten up by the locals but they don’t spare us also and even the females. They target to rob us,” said Ibad Memon one of the injured.

Ibad further said they plead for mercy and the attackers let them go with a warning not to file police complaint in the matter. He said they also record the video of them pleading for mercy.

However later with the help of Zuber Goplani  social worker from Vadodara the family files the complaint with rural Lonavala police and they arrested four of attackers in the matter. “I took the evening flight from Vadodara and reached here after the news of attack on Memon family. A FIR No.19394026190017 U/S 395,326,504 IPC.etc is registered at LONAVALA RURAL police station, PUNE RURAL on Jan 15, 2019 at 05:18 by us. The Injured Sufiyan memon, Ahmed Memon,
Aasim Motiwala are admitted in local hospital in Lonavala for treatment,” said Goplani.