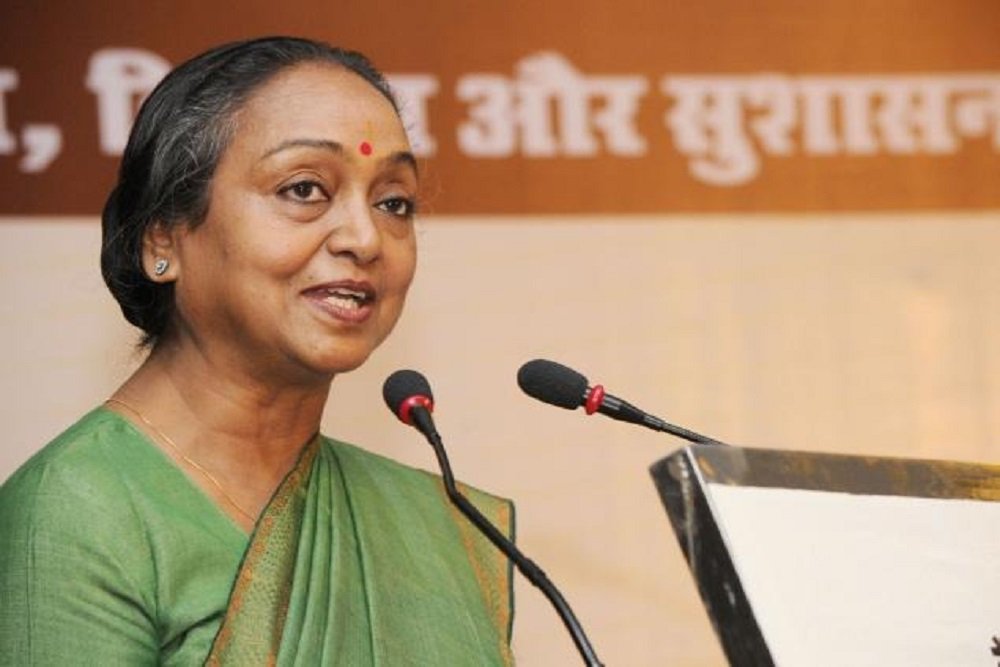 Meira Kumar, the Presidential candidate for the opposition, has file her nomination for Presidential election today 28 June, Wednesday.

Before the nomination, Meera Kumar reached Rajghat on Wednesday morning. After paying tribute to Bapu, Meera Kumar will arrive to Parliament to file a nomination. All opposition leaders had started to come in the Parliament building.

Congress Vice President Rahul Gandhi also tweeted before Meera Kumar's nomination, he said that “Against the ideology of divisiveness she represents the values that bind us as a nation & a ppl. Proud to have @meira_kumarji as our candidate." 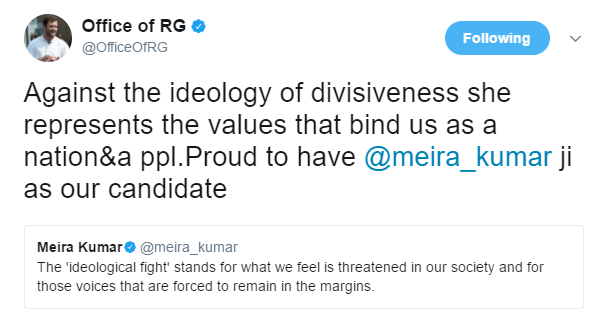 Earlier, on Tuesday, She had announced that she would start his campaign from Sebri Ashram.