About 80% placements were registered in the  two day mega placement fair organised by the Maharaja Sayajirao University of Baroda on 4th and 5th February 2019 under an initiative of Government of Gujarat. 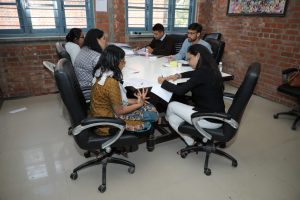 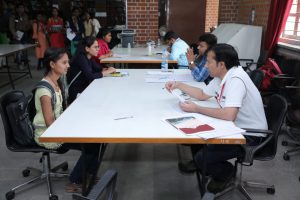 The total selections hence on both the days combined were more than 80% which is an excellent success rate. Several of the 43 companies that came on  the first day expressed satisfaction and came again the second day too. More than 80 companies participated in the fair.

The event was inaugurated by Speaker of the Gujarat Assembly Ranjendra bhai Trivedi who motivated the students to work hard and dedicatedly in their lives and stay away from corruption. The Vice Chancellor of the university also encouraged the students by his inspiring words. The event was graced by the presence of Vice chancellor of Shri Govind Guru University, Godhra, Commissioner of Higher Education and Collector of Vadodara.