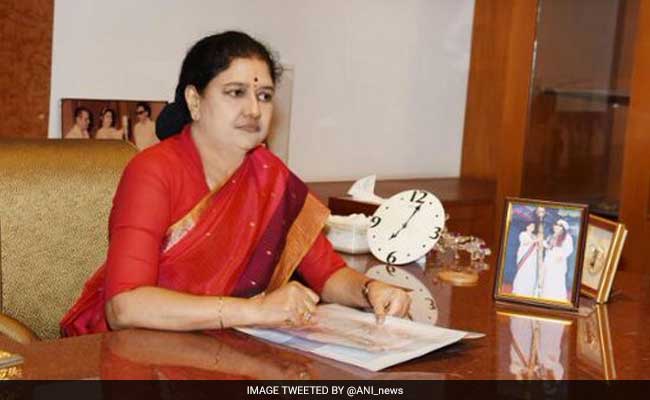 The legislators, including ministers, have started arriving at the party headquarters here.

Earlier, Panneerselvam and other ministers met Sasikala at the Poes Garden residence of late Chief Minister J. Jayalalithaa where Sasikala continues to live.

The AIADMK legislators have not been informed about the agenda of the meeting.

The ostensible purpose of the meeting is to discuss the government’s activities, issues pertaining to various constituencies and the manner in which Jayalalithaa’s birth anniversary on February 24 is to be celebrated.

The meeting has been called a day after Sasikala appointed some former ministers and others who were earlier shunted out by Jayalalithaa to various party posts.

Some time back, Sasikala met party leaders from all parts of Tamil Nadu.

Further, the meeting comes days after Chief Minister’s adviser’s Sheela Balakrishnan quit her post while two other officials were transferred.

DMK Working President M.K. Stalin on Sunday said the people of Tamil Nadu did not vote for anyone in Jayalalithaa’s household to become the Chief Minister.

Stalin said there seemed to be a division within the government as AIADMK lawmakers were voicing contradictory views.

Many AIADMK leaders have demanded that Sasikala, who had been a long-time confidante of Jayalalithaa, should take over the government’s reins after the former Chief Minister’s demise on December 5.