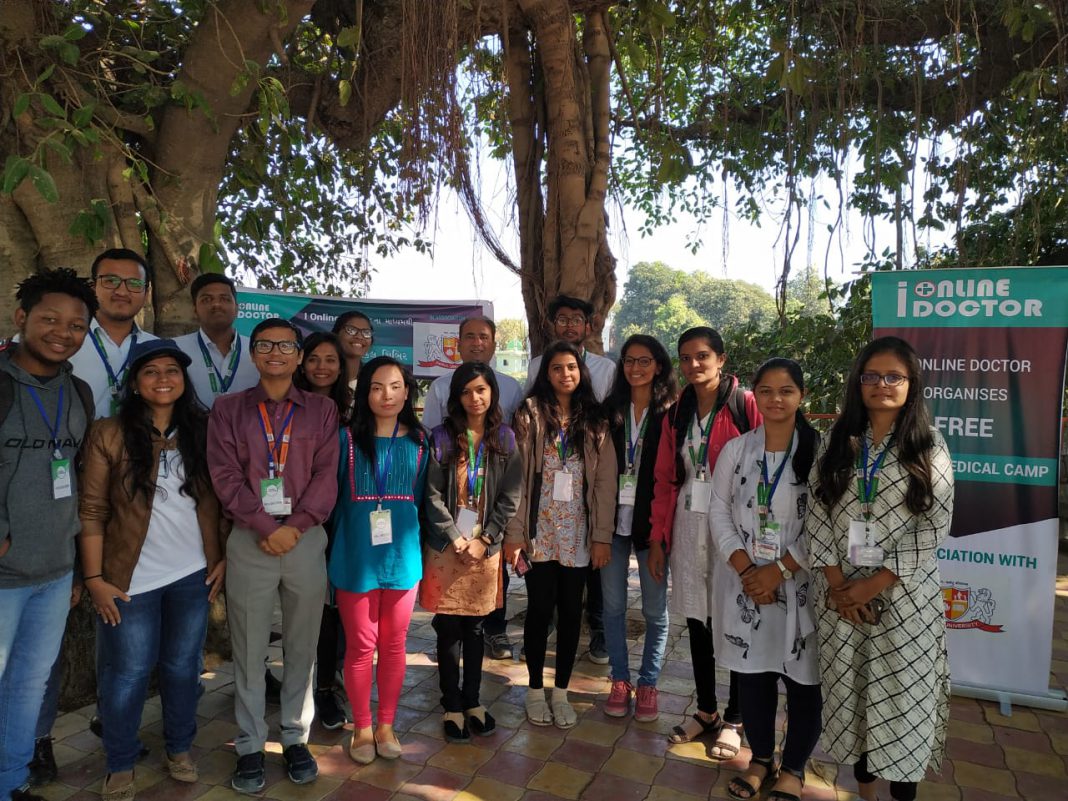 The new government has the mission to make India a superpower in future and working towards it with planning and approach. Medical field in one such area where there are lots of scope to explore new fields to boost the medical tourism.

As the union budget is about to present before the house in some days people related to medical fields are expecting many new things to implement in this year budget. Deepak Patel Founder, I Online Doctor has also put forward his views on some of the facts and hope the government will take it into consideration.

India has given the world Dentistry as far back in 7000 BCE. It has introduced the world to Ayurveda and Yoga and it is understandable that India aims at being the global frontrunner in all healthcare.

India as an economy is growing at a rapid pace and competing on a global level in all major fronts. And when it comes to Medical Tourism, india has always ranked in the Top 5 Medical Tourism Destinations as per varied surveys. High quality of healthcare, great infrastructure, Hospitality and low language barriers, competitive prices for major treatments and inclusion of alternative healthcare models like yoga, meditation, ayurveda, naturopathy, homeopathy, unani, etc makes it a favorite destination for the people in terms of Medicare. All thanks to the Government of India for its support through pragmatic policies in the healthcare sector.

The new budget is about to be announced and keeping in mind the current scenario this budget should consider allocation of more resources towards the healthcare sector in general and Smart Healthcare in particular .

Previous healthcare initiatives like Ayushman Bharat are already a huge and positive step towards the right direction. However the government should now focus on making that initiative stronger by dedicating significantly more budget than the current one towards healthcare sector.

Also a major key area yet to be tapped to its potential and that needs even more specific consideration is the Tele-Medicine field. India needs to multiply its share towards modern healthcare by taking into account millennial doctors and increasing facilities and advancements for telemedicine. Furthermore, making the laws for telemedicine less ambiguous.

According to Union Health Ministry, there is less than one doctor for every 1000 population in India which does not meet the World Health organisation (WHO) standards. The data also shows that more than 65% of health professionals are available in Urban part of India for 31% of Population, whereas in Rural areas 33% of health professionals are available for 70% of the Population.

The dearth of doctors especially in the rural regions thus has created an urgency in producing more doctors. There are various Direct and Indirect methods that can help bridge this gap.

Since the Direct methods are already been considered by the government, the focus should now be made on the Indirect methods and  medical advances that will help lower the dearth of doctors in remote locales. One such way is Tele-Medicine.

The health consciousness of the people has been shifting steadily, and so is the kind of diseases that are affecting the majority. This shift also calls for a change in the focus of the Government when it comes to allocating budget on healthcare. This will also help in achieving the Prime Minister’s dream of Healthcare for All.

The budget should inculcate increased allocation of time and  resources on Digital or Mobile Healthcare, that will in the long run support a smarter and more proactive healthcare delivery model.

Also a comprehensive solution should be included in the budget to promote and encourage the Indian startups for their innovation in the medical field that will also promote the Make in India movement (which has yet not penetrated the medical and healthcare sector as successfully as it should have) thereby even keeping in mind the rise in Non Communicable diseases (chronic ailments such as diabetes and heart diseases) that make up the majority of the diseases that affects the country’s population.