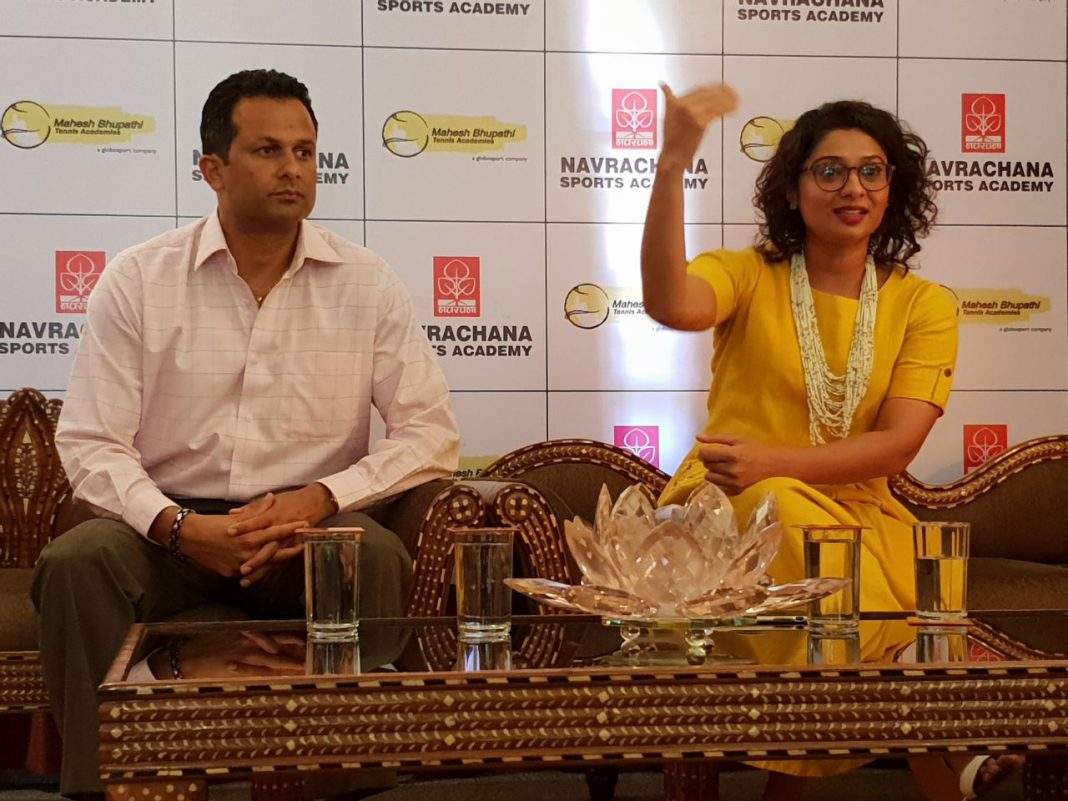 It’s a proud moment for the city as Mahesh Bhupathi Tennis Academies launches their first academy in Gujarat at Navrachana Sports Academy to train players for the future. The idea is to clear the misconceptions about the sport and train the players from the very grass root level by providing best in class infrastructure and world class training.

The academy is the 16th in India and first in Gujarat at the Navrachana Sports Academy where the MBTA will offer premium tennis coaching to the tennis enthusiasts on the two courts at Sama campus. Since its launching the academy has already 45 registrations including college students and senior citizens who want to pursue the game to stay fit.

“The academy is first in Gujarat and anyone can join it that has the passion towards the game. Being a former tennis player I always want to develop world class training facility in the city and finally in association with the MBTA the dream come true. Here the MBTA gives specialised coaching to the young and the senior players with best in class infrastructure. The academy will also conducting a summer camp for the players to give maximum exposure to them,” said Shubhalakshmi Amin Director Navrachana Education Society.

Gaurav Natekar Arjuna Awardee and double Asian Games Gold Medalist is the CEO of MBTA and the force behind to produce world class tennis players in the country. After searching for good right partners in Gujarat they finally zero in to collaborate with the Navrachana Sports Academy and developed their first academy in Gujarat.

“The idea to establish such an academy in Gujarat is that we don’t have such players here and the one like Ankita Raina moves to Pune in search of good training and exposure. We see many talents here but the need is to give them proper training with technical expertise and nutrition. We also want to give training from the very basics and create an environment for the game in the city of Vadodara as well as in Gujarat,” said Natekar.

Speaking about the exposure to the players he said the number of registrations is impressive and the idea is to tap the talent. Presently the academy has two clay courts and the plan is to get the benefit of the both the courts for the players. He said the game has lots of talent but there is no system for the game. They want to create the same system and he is hopeful to see a bunch of players in future to compete in International tournaments.

He also adds that they also want to change the misconception of Tennis as elite sport and not affordable to everyone. Here in MBTA they provide the world class training to the players at affordable price and exposure to the high quality physical training with equipments and nutrition needed for the game.