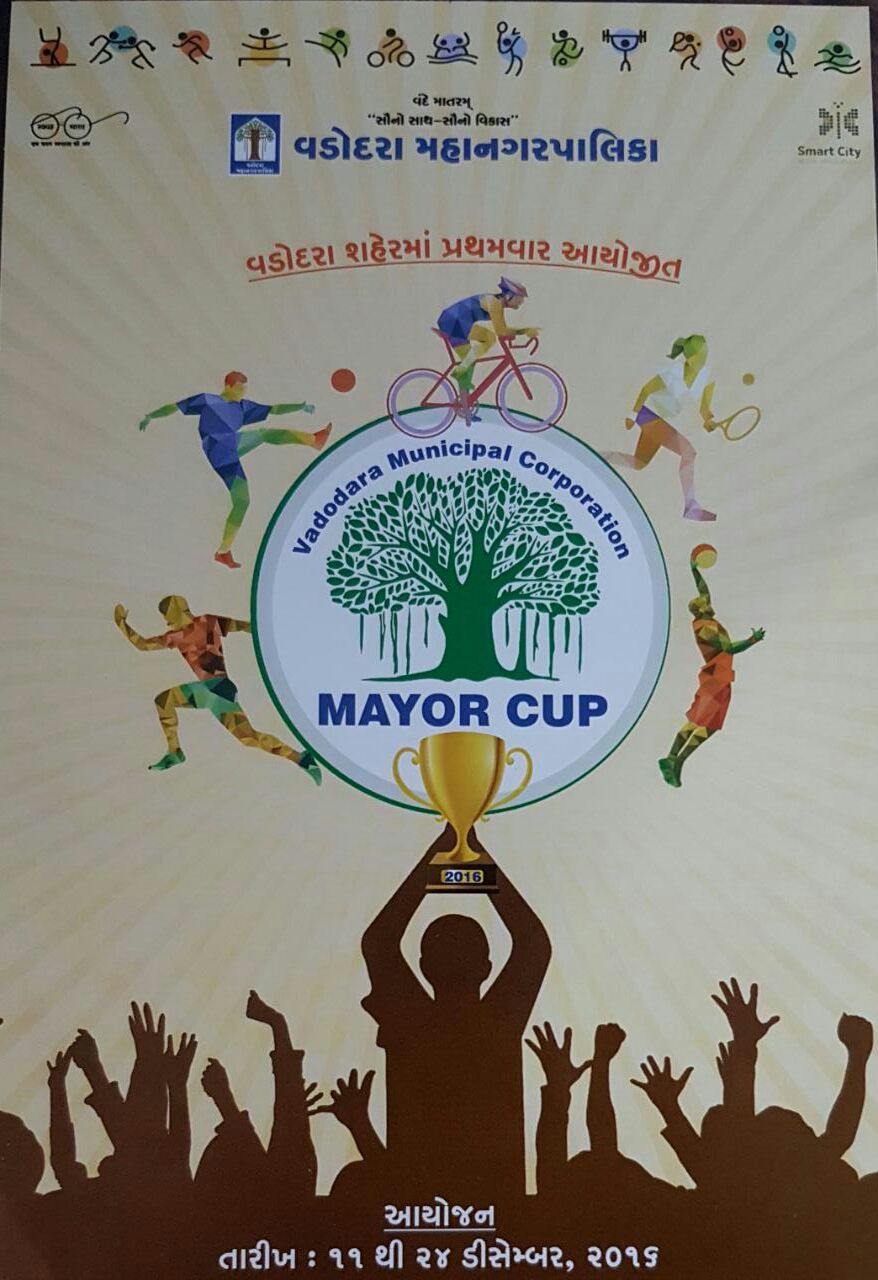 For the first time a sports event 'Mayor Cup 2016' for the local sportsmen will be held in Vadodara city where nearly 4500 players are taking part in various events.

The 14 day sports event will be organised at various places all across the city and players will competing in 23 different games.

From 11 to 24th December the Mayor Cup competition is organised by the Vadodara Mahanagar Seva Sadan (VMSS) for the first time to give platform to the local players and maintaining the sports culture of Vadodara city.

There are total 23 games line up in both team and individual events where 4500 players are taking part. The games were divided and will be played at 10 different venues including sports complexes, grounds, Vyayamshalas and schools.

"With an intention to provide a platform to the local players of Vadodara we have organised the event for the first time where the participation of the players in such a number is encouraging for us. 470 officials, 23 sports associations were part of the event and we also formed 13 different committees for the event. Total 2300 medals and certificates will be given to the winners and also we are giving 80 trophies to the winning teams in various events," said Bharat Dangar Mayor Vadodara.

Games like Table Tennis, Basketball, Football, Hockey, Handball, Kabaddi, Kho Kho and Volleyball are lined up for team events. Where as in individuals there is Judo, Kushti, Swimming, Skating, Chess, Athletics, Karate, Rifle Shooting, Cycling, Badminton, Lawn Tennis, Body Building, Gymnastics and Fensing like events are there. The games will be played at different sports venues in the city.

"Vadodara is also known for its sports culture and in years the city produced many sportsmen who take the name of the city to sky level. To maintain the culture and taking it further we are organising the first ever edition of Mayor Cup which is a annual event and organise every year in the month of December. The event will give a much needed platform to the local talents and secondly the facilities raised by the VMSS for sports will ne utilised in this way. The event will also put focus on the need of infrastructure in future for sports," Dr. Vinod Rao Commissioner VMSS.