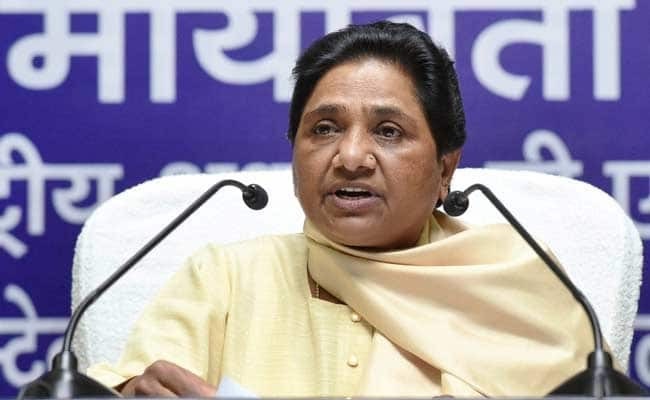 Bahujan Samaj Party chief Mayawati has once again made it clear that her party will not ally with the Congress for the 2019 Lok Sabha elections.

“It is being made clear again that the Bahujan Samaj Party will not have any electoral alliance with the Congress in any state,” Mayawati said in a statement.

On her alliance with Akhilesh Yadav’s Samajwadi Party, she said it was based on “mutual respect” and is perfect to defeat the BJP, especially in Uttar Pradesh.

Mayawati was addressing party leaders from various states, excluding Uttar Pradesh. She said several parties were eager to forge an alliance with the BSP, but she would not do anything for mere electoral gains as it could “harm the BSP movement”.

The BSP chief had targeted the Congress earlier and said it was no different from the BJP.

Mayawati’s attack on the Congress follows her ally Samajwadi Party president Akhilesh Yadav’s comment that the Congress was also in alliance with his party along with the BSP.

Akhilesh Yadav and Mayawati announced the SP-BSP tie-up for the Lok Sabha election in Uttar Pradesh in January this year. The two parties agreed to contest 38 Lok Sabha seats each in the state while maintaining that they would not put up candidates at Amethi and Rae Bareli, the parliamentary constituencies represented by Congress president Rahul Gandhi and UPA chairperson Sonia Gandhi.

Akhilesh Yadav’s comments were seen as an outreach after Priyanka Gandhi Vadra was appointed as the Congress general secretary in-charge of eastern Uttar Pradesh East. Her appointment is being seen by many in the party as a game changer move ahead of the Lok Sabha polls.

Priyanka Gandhi had played a key role in 2017, when the SP and the Congress joined hands to contest UP assembly elections against the BJP. The tie-up did not yield favourable results in the polls as the BJP won a huge majority in UP. The alliance, subsequently, fell apart.