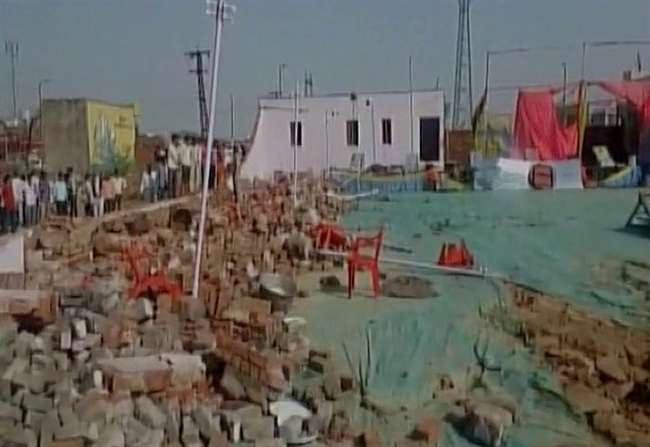 At least 22 persons were killed and 30 others injured when a wall of a marriage hall collapsed in Bhartapur district late on Wednesday according to the local police. “The incident occurred at around 10 p.m. in Sewar police station area when a wall of a wedding hall collapsed and people were trapped inside the debris. Injured have been referred to various government and private hospitals while some of the injured who are critical have been referred to Jaipur,” as per the sources.

Meanwhile, eyewitnesses told our sources that the wall collapsed due to thunderstorm that lashed several parts of the state on Wednesday night.