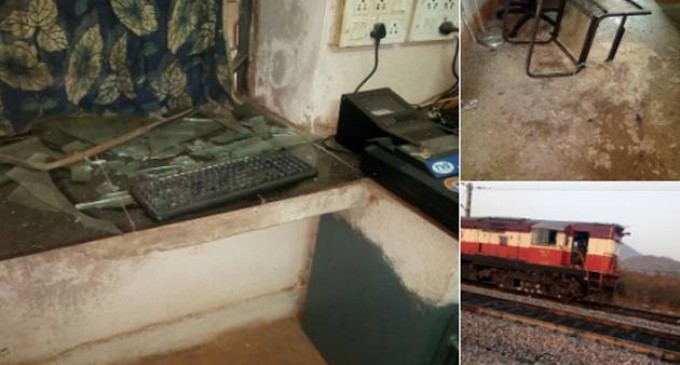 At least 15-20 armed Maoist militants arrived at the Daikallu Station at around 1.30 a.m. They first ransacked the office, said station master S.K. Parida in a statement.

The Maoists then pulled the station staffs out of the office. Soon they triggered an explosion in the office and snatched away the walkie-talkie used by the Station Master, the statement of the East Coast Railway further said.

The militants left the station after 2 a.m. The station staffs are safe, it added. Many trains were stalled near Muniguda Railway Station following the explosion at Daikallu.

A team of East Coast Railway reached the spot and are investigating into the matter. Some posters against the upcoming Modi visit were also found.

The Bharatiya Janata Party will hold a two-day national executive meeting in Bhubaneswar from April 15.