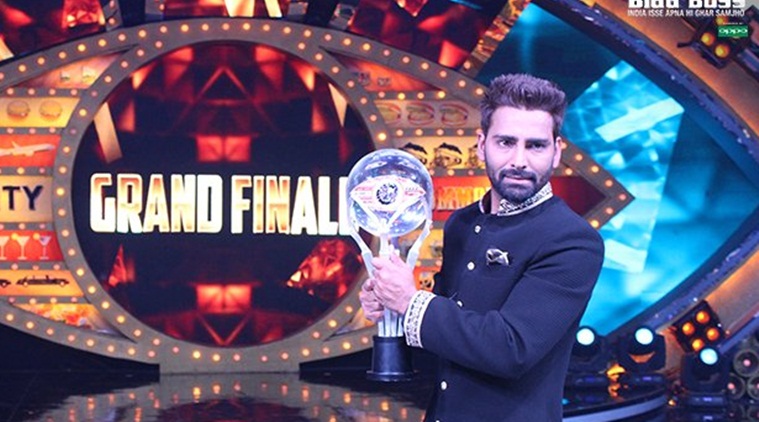 “Being a commoner, I did not expect to win the show as the house was full of celebs and influential people. However, my strategy was not to get afraid or influenced by them but to build up my image. So today if the audience voted me and made me a winner, it is because of my honesty and the real face that I projected in the show,” Manveer told IANS just after winning the show.

The star-studded evening started on a high dose of entertainment with the performance of Salman Khan who danced on two of his popular songs, “Mera Hi Jalwa” and “Aaj Ki Party” alongside evicted contestants Gaurav Chopraa, Rohan Mehra, Monalisa, Nitibha Kaul, Lokesh Kumari and Navin Prakash not only on-stage, but also inside the Bigg Boss house.

This followed the performance of another Bollywood star and dance God Hrithik Roshan who shared stage with his “Kaabil” co-star Yami Gautam.

Starting on October 16 with 18 participants from different walks of life including entertainment, politics, business and marketing among others, the reality show grabbed lot of eyeballs.

The essence of the show of this season was a mix of controversies and cheap antics. While spiritual guru Swami Om’s comment on another participant Bani’s mother and throwing his pee on Rohan and Bani got flak from viewers, Noida boy Manveer Gurjar’s reunion with his father after eight years was one of the emotional moments of the show.

On the other hand, the love affair of Jaipur boy Manu Punjabi and Bhojuri actress Monalisa and Priyanka Jagga’s peeing in her pants also grabbed lot of eyeballs.

Lopamudra Raut and Manu Punjabi were declared the second and third.

Asked about her experiences, Lopamudra said: “Considering the fact surviving 105 days in the house was not easy and I made it to the top three, I am already feeling like a winner. One of my reasons to take part in the show was to meet Salman Khan as I love and admire him to the fullest. I am very happy that every week he met all of us and he advised me to do the right things.”