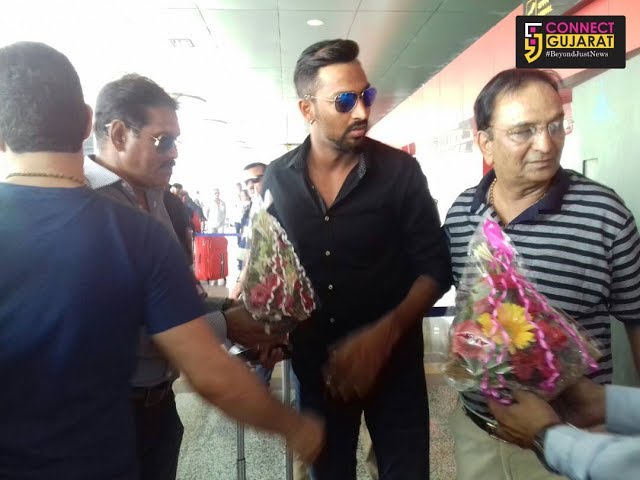 On his return to Vadodara he was welcomed by his family and fans at the airport. He greets all of them and hugged his father who was there to receive him. Krunal seems happy and said that he is satisfying with his performance and Indian team is his dream.

“I am happy that I performed at crucial times when my team Mumbai Indian needs and I am satisfied that the result came in our favour. Specially the final match where the wickets are falling at other end but I concentrate on my batting decide to bat till the last and add more runs on the score board. I am satisfied that I handled the situation and support my team. Now I am trying to fulfil my dream to wear Indian cap and represent my country,” said Krunal.

Krunal said that he and Hardik both shared a bond on and off the field and that helps them a lot. He said he is happy for Hardik as compare to the last season he performed well this year and also the way he play in IPL or other tournaments.

Speaking on the relationship and talks about his fashion designer friend Pankhi Sharma he said she is a good friend it’s his personal matter. He further added that whenever there is a confirmation about marriage they will invite everyone.