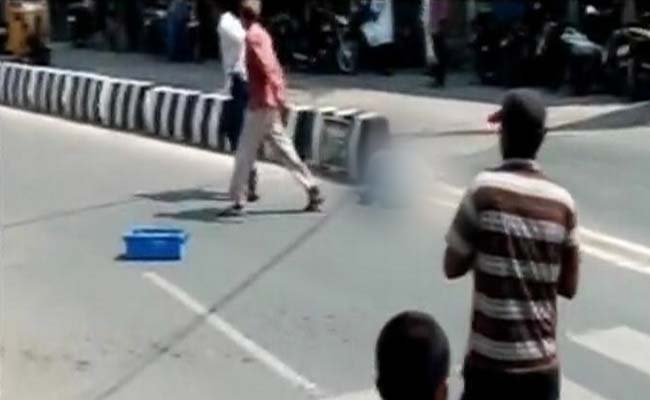 A man was hacked to death in full public view by four unidentified persons in Andhra Pradesh’s Kadapa district on Thursday, police said.

The shocking incident occurred near a court in Produttur town. The assailants repeatedly stabbed the man in the middle of the road as people watched in horror. Nobody came forward to save the victim.

The man identified as B. Maruti Reddy (32) was attacked by four persons as soon as he got down from an auto-rickshaw. He tried to escape but fell down near the road divider. The assailants pounced on him and stabbed him repeatedly.

The gory visuals were recorded on the CCTV cameras in the area. Police said the man was coming to court to appear in connection with a case.

Police suspect old enmity led to the murder. A police officer said they were investigating the incident from all angles.