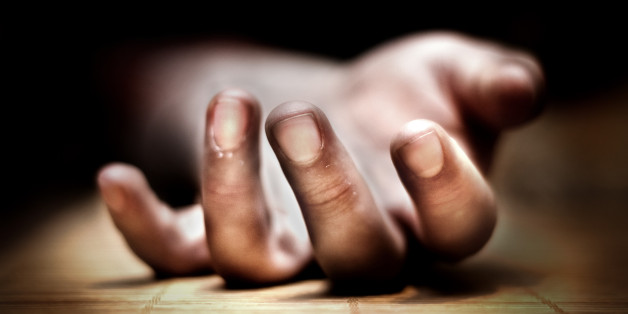 A middle age man committed suicide outside the Local Crime Branch office situated inside Collector office in Vadodara. His body was found hanging with a telephone wire in the lobby and everyone shocked to see and eager to know how the man enters and took the extreme step. Police get the cctv footage and starts investigating in the matter.

As per the details the deceased Rayjibhai Bhil came along with his pregnant daughter to Vadodara after a stomach pain. She was admitted in the SSG hospital where her child died due to premature delivery.

She was admitted to the ICU after her health deteriorated. She was accompainied by her husband Shakariya Bhil and father Rayji Bhil.

However on Wednesday night Rayji Bhil reached the collector office compound and they went to the lobby near LCB office and commit suicide. He used the telephone wire to end his life.

The employees reached early morning on Thursday shocked to see the dead body of a person and immediately informed the Raopura police.

The deceased has five daughters and two son and he accompainied his daughter to the hospital where she give birth to a dead child due to pre mature delivery.